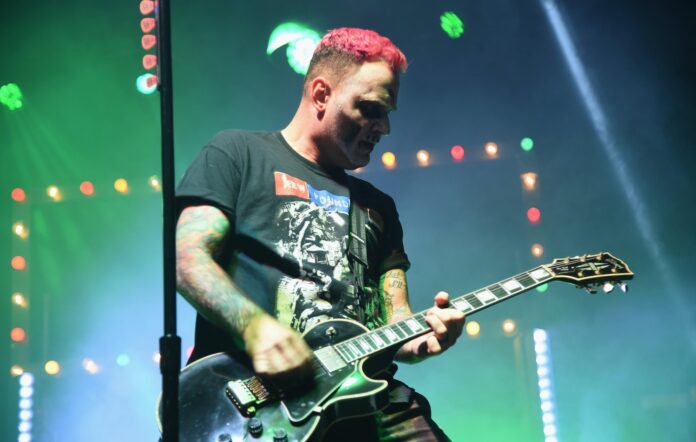 After undergoing surgery on a spinal tumour this week, New Found Glory‘s Chad Gilbert has confirmed that the procedure “went really well”.

The guitarist received treatment for cancer last year, during which he had “half a liver, a gallbladder and one adrenal gland” removed.

Gilbert announced this January that he was “cancer-free”, but told his fans on Tuesday (August 16) that he would be having another operation following the discovery of a new tumour on his spine.

“I’ll be headed into surgery tomorrow to get almost all of it out then hit what’s left with some fancy radiation,” the musician wrote in a message on social media.

He has since shared a follow-up post, writing: “Got out of surgery yesterday afternoon! Things went really well.”

Gilbert continued: “They were able to remove almost all of it besides a microscopic amount of tumour that was in the bone. Once we get test results back from the tissue, we’ll be able to blast it with whatever treatment it needs so we can keep it at bay or even kill it completely.

“Pheochromocytomas and paragangliomas are very rare tumours. So it is a very strategic process to treat them. But all news has been good so far for what the situation is and things have been going great!”

He added: “First two nurses I saw post-op were big NFG fans which was really special. Their compassion and love me feel not alone. I have two rods and five screws in my back and now have one less rib. But I’m stronger than ever. Robo-Chad is on a mission!”

Gilbert went on to send his love and thanks to all of his followers for their support. The message came alongside a series of images from the hospital – you can see the post above.

The musician recently departed New Found Glory’s US tour early to have an MRI scan after experiencing “intense bad back pain”.

“Unfortunately we found a new Pheochromocytoma tumour in the 12th vertebrae of my spine pinching on my nerve bad,” he wrote.

New Found Glory have confirmed that they will resume touring next month in the US, with three headline shows in Philadelphia, Asbury Park and Buffalo set to take place.