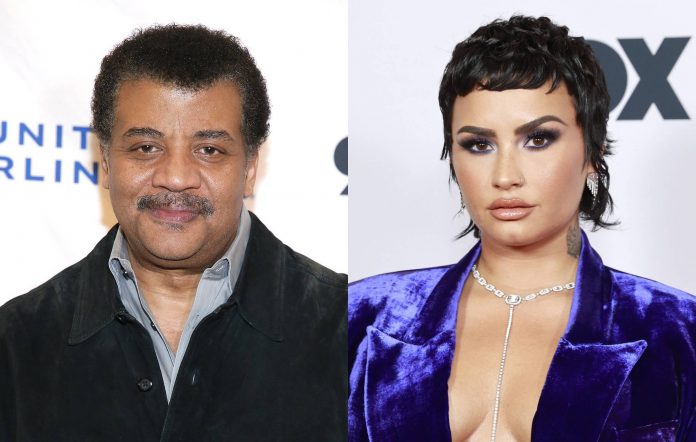 Scientist and author Neil deGrasse Tyson has jokingly hit back at Demi Lovato‘s comments on aliens, saying they “have no feelings”.

This week, Lovato made headlines when they said that “calling extraterrestrials ‘aliens’ is derogatory”.

The singer made the comment while promoting the new documentary Unidentified, which sees Lovato investigate the truth about perceived UFO phenomena.

Quashing fan speculation that they have an unreleased song called ‘Aliens’ during a chat with E! News, Lovato said people shouldn’t call extraterrestrials “aliens” because it is a “derogatory term for anything”. “I call them ETs,” they added.

Responding to the comments, Tyson told TMZ: “All the aliens that I’ve ever met, they have no feelings.”

Admitting that Lovato was just being “considerate,” Tyson also wondered why the singer was “worried about offending them by calling them an alien” as humans can’t know what “is going on in the head of species of life from another planet?”

He added: “When I refer to aliens — just to be specific — I always say ‘space aliens’. And then, what we used to call aliens on Earth — undocumented immigrants, that’s what the new term is for them, and I’m all in on that.

“So what that means is — if we all do that — the only invocation of the word ‘alien’ is for creatures from outer space that want to kill us all.”

Lovato shared the tribute in an emotional post, dedicating it to model Thomas Trussell III, who passed away in 2019 as a result of drug overdose.

Lovato wrote: “Two years ago I lost someone who meant so much to me. His name was Tommy and he was such a beautiful, special man. I wrote this song the day after I found out that he had lost his battle with addiction. This disease is extremely cunning and powerful..”