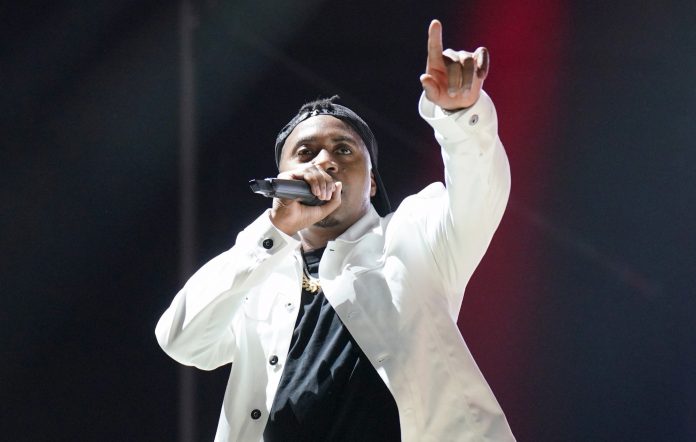 Nas has shared a summery new single titled ‘Big Nas’, which he made with longtime collaborator Hit-Boy during his forthcoming MasterClass series, Nas Teaches Hip-Hop Storytelling.

READ MORE: Nas on being a hip-hop legend: “I’m rapping the same way I did when I was on the block”

In the track’s first verse, Nas raps: “You can write yourself out of your blessings / Wreck your Lambo the first day just by driving too reckless / Time is too precious, these some obvious lessons / Please remind me to watch my stеp while I balance on edgеs.”

‘Big Nas’ arrives alongside a video directed by Ben Dean. It follows an enigmatic dancer through the suburbs of Brooklyn, who defies the laws of physics by walking up the side of a shipping container and eventually ascends into the skies.

Take a look at it below:

Nas Teaches Hip-Hop Storytelling will debut on Thursday October 14, with a press release promising that Nas will discuss his philosophy as a lyricist. The series will be split into 12 individual lessons.

In a new interview with Complex, Nas said he organised his MasterClass’ curriculum based on “how I would like to receive it from an artist”. He continued: “I break it down piece-by-piece, and each piece is different. Each piece gives you more of my life. A lot of it is about my life journey.”

Nas released his 13th studio album, ‘King’s Disease II’, back in August. It marked his second full-length collaboration with Hit-Boy following the first ‘King’s Disease’ record in August of 2020. It also scored a five-star review from NME, with writer Will Lavin calling it “a fresh burst of creativity”.

On the topic of a potential ‘King’s Disease III’, Nas said that he and Hit-Boy currently have no plans for such a project, but would consider it if the right idea was pitched. “If I was to work with Hit-Boy on the next thing I do, I think that we might do something that is going to be magical,” he said in a recent interview with Apple Music 1.

Nas won his first Grammy Award in March, taking home the title for Best Rap Album for ‘King’s Disease’. He also released a deluxe edition of his second album, ‘It Was Written’, in celebration of its 25th anniversary back in July.