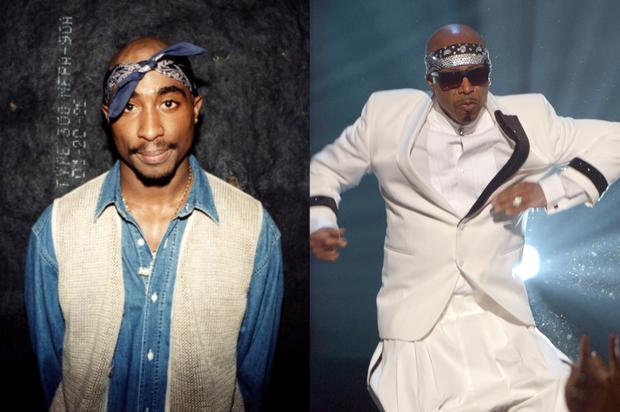 Nanci Fletcher says that 2Pac had “love and respect” for MC Hammer when she knew him in 1996, addressing a video circulating online showing the late rapper poke fun at the “U Can’t Touch This” artist. Speaking with HipHopDX, Fletcher explained that the video is an inaccurate representation of Pac’s feelings about Hammer by the time of his death.

The clip was taken from Kron TV’s 1991 Hip Hop special and shared on Wednesday by Dominique DiPrima, who hosted the event. In the video, she asks Pac his favorite song, to which he responds sarcastically with Hammer’s “U Can’t Touch This.”

From there, Pac remarks that he respects Hammer for becoming successful, but says that he’s still “diluting rap.”

“While I’m not sure when that video was recorded showing ‘Pac kinda dissin’ Hammer as an artist, but what I do know for sure is that in ’96 ‘Pac’s opinion of Hammer had totally changed because he really appeared to love and respect Hammer as an artist,” Fletcher said in response.

She continued: “2Pac was so invested in making sure that Hammer’s next album was a bonafide hit and one of the biggest comebacks of any artist, and he really just wanted to prove to everybody that Hammer wasn’t just some gimmick or flash in the pan. He really wanted people to understand that Hammer deserved to be respected as the true Hip Hop icon that he is.”

Hammer’s “U Can’t Touch This” was released in 1990 and peaked at number 1 on the Billboard Hot R&B/Hip-Hop chart. The song helped propel Hammer’s career, making him the first hip-hop artist to achieve diamond status for an album.

Check out Pac’s original comments on Hammer below.