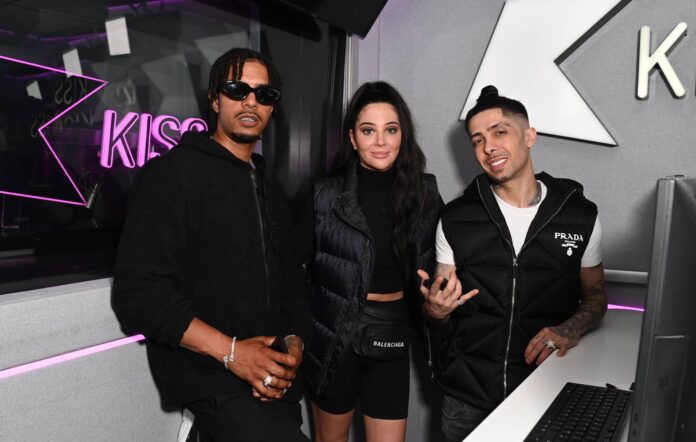 N-Dubz have announced their return while sharing details of a new single and UK arena tour.

READ MORE: Tulisa on her big comeback: “I want it to feel like it used to feel when I was in N-Dubz”

After reports about their 2022 reunion first emerged at the start of the year, N-Dubz have now officially confirmed that they’ve reformed.

The group, who announced the news in a clip on their Instagram account yesterday (May 16), will release their new single ‘Charmer’ on Thursday (May 19).

Produced by Rymez and written by N-Dubz, the track will premiere on BBC 1Xtra on Thursday evening before its release on streaming services.

N-Dubz have also announced details of their ‘Back To The Future Tour’ for November, marking the group’s first live shows together in 11 years.

Tickets for the shows will go on general sale this Friday (May 20) and you’ll buy able to buy them from here.

During N-Dubz’s hiatus, Dappy released his debut solo album ‘Bad Intentions’ in 2012, received a suspended jail sentence in 2017 and helped save a man’s life last year.

Fazer has also released solo material and worked in music production, although he filed for bankruptcy in 2013.

Tulisa became an actress and X Factor judge as well as releasing her critically panned solo record ‘The Female Boss’ in 2012 with two standalone singles following in 2019.