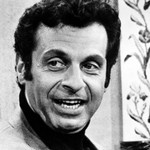 Mort Sahl, one of the most successful and influential comedians of the 1950s and 1960s, died Tuesday at age 94. On top of many other things, Sahl owns a little piece of Grammy history. On May 4, 1959, Sahl emceed the presentation of the first Grammy Awards in the Grand Ballroom of the Beverly Hilton Hotel in Beverly Hills, Calif.

The black-tie dinner and awards presentation, which was not televised, drew such guests as Henry Mancini (whose Music From Peter Gunn won album of the year), Frank Sinatra (who was the night’s leading nominee with six nods but won only for best album cover), Sammy Davis Jr., Dean Martin, Gene Autry, Johnny Mercer and Andre Previn.

Sahl was also a Grammy nominee that night. His comedy album The Future Lies Ahead was nominated for best comedy performance but lost to Ross Bagdasarian for The Chipmunks’ novelty hit “The Chipmunk Song,” which topped the Billboard Hot 100.

Sahl was nominated again the following year, when comedy was split into spoken word and musical categories. He lost in the comedy spoken word category to Bob Newhart’s The Button-Down Mind of Bob Newhart. Newhart’s album, which topped the Billboard 200 for 14 weeks, also won album of the year.

But Sahl’s footnote in Grammy history is just a small aspect of his career story. His main contribution was bringing a keen intelligence and insightful political and social satire to comedy. At a time when comics often traded in tired jokes about their mothers-in-law, Sahl demonstrated that he had read the paper. He told jokes about presidents and world leaders — and not the genial, mostly toothless jokes that such predecessors as Will Rogers or Bob Hope told, but barbed and cutting ones. In that way, he influenced such fearless modern-day comedians as Bill Maher, Seth Meyer, Trevor Noah and Dave Chappelle.

Sahl made his first foray into standup comedy under the name Cal Southern. “I did all the stuff other people were doing,” he recalled in 1989. “I got a tie and a coat, and I talked about the movies and did imitations of movie stars. I didn’t dare to talk about what was really on my mind. That took a while. That takes some trust.”

When he gained that trust, both in his own talent and the audience’s intelligence, he hit his zenith and revolutionized comedy.

Sahl’s 1955 comedy recording At Sunset was voted into the National Recording Registry of the Library of Congress in 2011. His 1960 album Mort Sahl at the Hungry i, which he recorded at the famed San Francisco nightclub, reached No. 22 on the Billboard 200. He returned to Billboard’s flagship album chart in the summer of 1973 with Sing a Song of Watergate, in which he skewered President Nixon, who was ensnared in the scandal that would force his resignation in August 1974.

A major jazz fan, Sahl served as co-emcee of the first Monterey Jazz Festival with Dizzy Gillespie in 1958 and was master of ceremonies of the inaugural Playboy Jazz Festival in Chicago in 1959.

In October 1987, Sahl starred in a one-man show, Mort Sahl on Broadway!, which ran at the Neil Simon Theatre for three weeks.

An only child, Sahl was born in Montreal on May 11, 1927. After a series of moves, the family settled in Los Angeles when Sahl was 7. He graduated from USC in 1950 with a BA in public administration before deciding to try to break in to show business.

He died at his home in Mill Valley, Calif., a family friend overseeing his affairs told The New York Times.