HomeNewsMorrissey thanks Blossoms and Rick Astley for their live The Smiths covers...
News 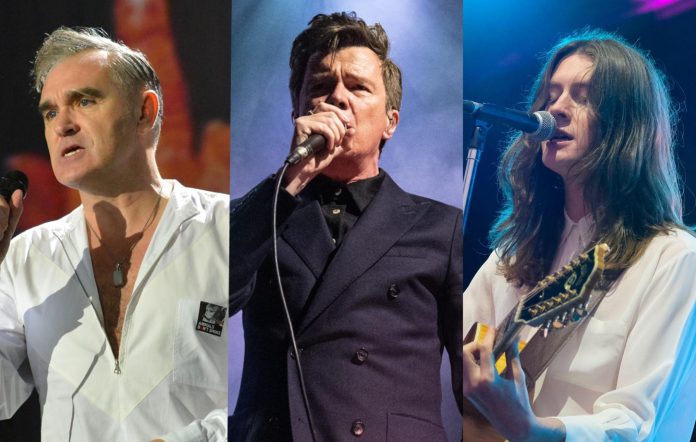 The singer, who fronted the band between 1982 and 1987, said that he was grateful for the acts’ tributes to his former band. Blossoms and Rick Astley performed the renditions at Manchester’s Albert Hall on Friday (October 8) and at London’s O2 Forum Kentish Town on Saturday (October 9).

Morrissey wrote on his website: “My sincere thanks to Rick and the Blossoms for their recent recentness. Anything that generates interest in that tired old Smiths warhorse is testimony to the wallop it packed. THANK YOU!”

With the message was a photo, presumably taken by Morrissey, of Blossoms and Astley bowing to the audience at the end of one of the concerts.

NME’s Alex Hoban reviewed Friday’s show in London, writing that it was the “best Smiths gig since December 12, 1986” when Morrissey and guitarist Johnny Marr last took the stage together.

“While Morrissey solo shows these days feel evermore ‘Please, Please, Please….’ tonight it’s Thank You, Thank You, Thank You, as we finally get what we want this time: Manchester’s finest and an ’80s icon. No drama, no baggage, no problematic behaviour. Just the romance, wit and original spirit of these wonderful songs given the undiluted outings they deserve, with gladioli in abundance,” he wrote.

“There are only two people on the planet that could do this better, but until they patch things up, Blossoms, Rick Astley, and a couple of thousand loving fans, all singing in unison, is today the most perfect version of The Smiths you could possibly ask for.”

Meanwhile, earlier this month Morrissey appeared to rank all of his solo and Smiths albums from best to worst on his website.

The post Morrissey thanks Blossoms and Rick Astley for their live The Smiths covers shows appeared first on NME.