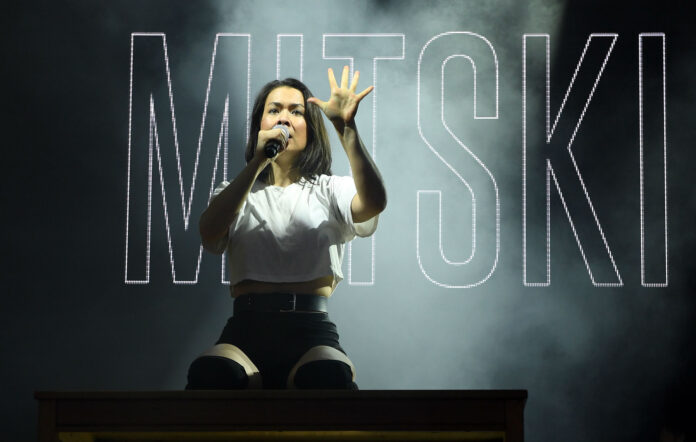 Mitski has requested that fans stop filming “entire songs or whole sets” at her shows in a statement on social media.

The Japanese-American artist is currently out on the road in the US in support of her acclaimed sixth album ‘Laurel Hell’, which came out on February 4. She played in Houston, Texas last night (February 24) and is due to perform in Dallas this evening (25).

Ahead of resuming her headline tour, Mitski took to Twitter yesterday to post a “note” in which she asked audience members to be considerate about their mobile phone habits at gigs.

“Hello! I wanted to speak with you about phones at shows,” she began. “They’re part of our reality, I have mine on me all the time, and I’m not against taking photos at shows (Though please no flash lol).

“But sometimes when I see people filming entire songs or whole sets, it makes me feel as though we are not here together. This goes for both when I’m on stage, and when I’m an audience member at shows.”

Mitski continued: “I love shows for the feeling of connection, of sharing a dream, and remembering that we have a brief miraculous moment of being alive at the same time, before we part ways. I feel I’m part of something bigger.”

The musician went on to say that people watching her perform through a screen makes her feel like she is being “consumed as content” as opposed to “getting to share a moment” with the crowd.

“Ultimately it’s your night, and I want you to enjoy it as you like,” Mitski added. “I don’t want to be greedy, I’m fortunate to get to play! Just putting out there that sometimes, if we’re lucky, we can experience magic at a show. But only if we’re there to catch it.”

The singer concluded the message by thanking fans for their understanding. “I just love and believe in [live shows] so much, and I want to share them fully with you! Thanks,” she said.

You can read the thread in full below.

But sometimes when I see people filming entire songs or whole sets, it makes me feel as though we are not here together. This goes for both when I’m on stage, and when I’m an audience member at shows

When I’m on stage and look to you but you are gazing into a screen, it makes me feel as though those of us on stage are being taken from and consumed as content, instead of getting to share a moment with you

Thank you for reading my woo-woo thoughts about shows lol – I just love and believe in them so much, and I want to share them fully with you! Thanks

Mitski’s 2022 North American tour is due to wrap up in Nashville, Tennessee on March 31. She will then touch down in the UK on April 21 for gigs in Bristol, Leeds and Glasgow before visiting Dublin, Manchester and London.

A run of European concerts is scheduled to follow between April 30 and May 19. You can find the full list of dates and ticket details here.

Meanwhile, Mitski’s ‘Laurel Hell’ became the biggest-selling record in America in its first week of release earlier this month.

In a four-star review of the album, NME said: “With each record, Mitski’s sound has grown bigger and grander […] Much like ‘Be The Cowboy’ stand-out ‘Nobody’, ‘Laurel Hell’ often pairs darkness with strobing lights (see: ‘Should’ve Been Me’ and ‘Love Me More’).

“After exploring the isolation of feeling like a “nobody”, Mitski’s explorations of being somebody prove just as compelling.”

The post Mitski asks fans to stop filming “entire songs or whole sets” at her concerts appeared first on NME.