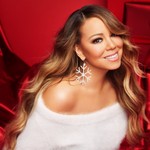 How quickly a year goes by. Michael Jackson’s “Thriller” leads a rush of Halloween songs on the Nov. 13-dated Billboard Global 200 at No. 28, just as the holiday music season begins to jingle with the re-entry of Mariah Carey’s “All I Want for Christmas Is You” at No. 105.

The tracking week for this week’s charts spanned Oct. 29 through Nov. 4, thus, encompassing the final three days leading up to and including Halloween.

Of course, it’s not an apples-to-apples (or apple cider …) comparison; since Halloween falls on a different day of the week each year, the portion of the tracking week most devoted to spooky listening ebbs and flows year-to-year. In 2020, the corresponding Friday-Thursday tracking week covered Oct. 30-Nov. 5.

Meanwhile, Carey’s ever-dominant “Christmas” ushers in the Yuletide season on Billboard’s global charts. The song re-enters the Global 200 at No. 105 with 11.7 million streams and 2,600 sold in the tracking week, up 128% and 256%, respectively. Continuing with our year-over-year comparisons, the song started its chart ascent the same week in 2020 (on the Nov. 14 tally), although at No. 139 with 11.1 million streams. Its 2021 mid-chart re-entry will likely be followed in the coming weeks by classics from Brenda Lee, Burl Ives, Wham! and a sleighful of others.