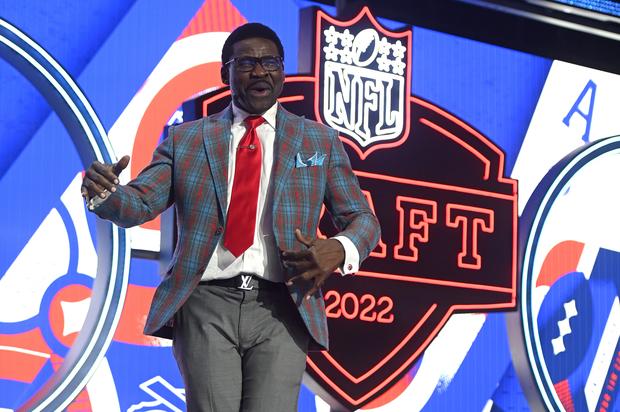 Michael Irvin is a busy man as he flies between destinations in order to tend to all of his various engagements. For instance, Irvin works for both ESPN and the NFL Network. Sometimes, he can be found on First Take next to Stephen A. Smith while other times, he is simply doing NFL analysis on the league’s own network. This leads to a lot of travel, and earlier this week, Irving found himself going between New York and Texas.

When Irvin arrived back in Texas this week, he and a friend hit up the Knockout Sports Bar in Dallas. He was there around 10 PM, and unfortunately, things got a bit out of hand.

According to TMZ, Irvin was playing pool with a friend, when all of a sudden, a man approached the two. Irvin’s friend told the guy to leave, which then made the man extremely angry. In the clip below, Irvin tries to settle the man down, but it doesn’t work as an altercation breaks out between the man and Irvin’s friend.

The two could be seen wrestling on the ground for a bit before ultimately being broken up. In the end, all parties went their separate ways, including Irvin, who was not part of the altercation.

According to the report, police did not respond to the scene, and there is currently no active investigation into the matter.