HomeNews‘Metal: Hellsinger’ to feature new song from System Of A Down’s Serj...
News 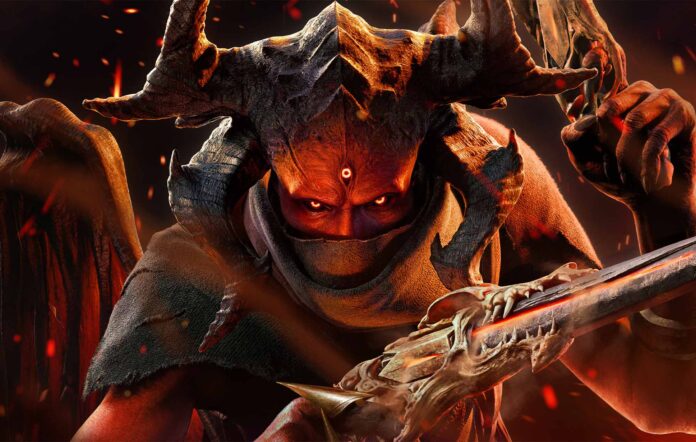 The news comes directly from developer The Outsiders and publisher Funcom today (May 19), which includes a statement from creative director David Goldfarb.

“What can you even say! We have so many System Of A Down fans in the studio, adding Serj Tankian to our already incredible roster of vocalists feels unreal,” said Goldfarb. “He completely killed the track and made it his own in a way only Serj could. We are so excited and can’t wait to see everyone playing!”

The game’s description reads: “In Metal: Hellsinger, you must shoot, dash, and perform finishers on time to the beat of an original metal soundtrack. Do so successfully and feel the thrill of the adaptive music intensify and your power ramp.

“Armed with six weighty weapons, each with its own ultimate, tear through Hell on a tale of revenge against the devil itself, with award winning voice actors Troy Baker and Jennifer Hale voicing main characters.”

Since its inception in 1994 under the name Soil, System Of A Down has remained one of the most recognisable and iconic metal bands of all time, and has sold a total of 40million records despite not releasing an album since 2005’s ‘Mezmerize’.

Metal: Hellsinger was originally revealed during IGN’s 2020 Summer of Gaming digital event. The title is slated to release this year for PlayStation 5, Xbox Series X|S, and PC.

In other news, players can try out Call Of Duty: Vanguard’s multiplayer for free this week.

The post ‘Metal: Hellsinger’ to feature new song from System Of A Down’s Serj Tankian appeared first on NME.