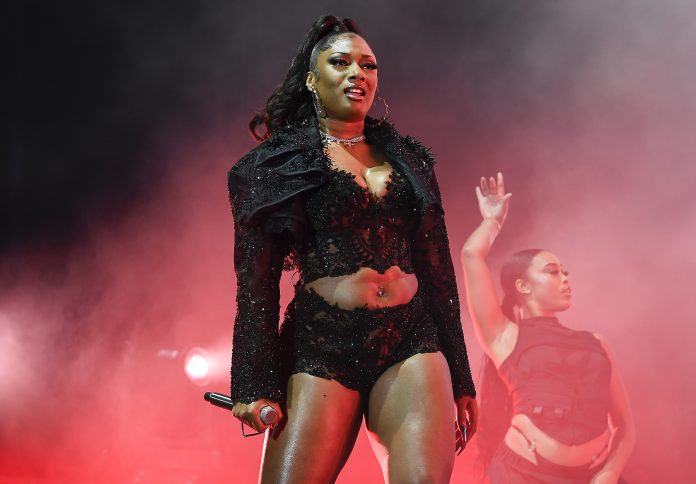 Megan Thee Stallion has shared the tracklist for her forthcoming new mixtape, ‘Something For Thee Hotties’ – check it out below.

The rapper announced the project – a collection of freestyles and unreleased, archival cuts – last week, calling it a “gift to my hotties”.

Other song titles include ‘Tina Snow Interlude’, ‘Opposite Day’, ‘Let Me See It’ and ‘Bae Goals’.

The full ‘Something For Thee Hotties’ tracklist is as follows:

Megan was up for for six awards at this year’s MTV VMAs, which took place at Brooklyn’s Barclays Center last month. She was nominated for Artist Of The Year, Video Of The Year, Song Of The Year, Best Collaboration and two Best Hip-Hop nominations, one for ‘WAP’ with Cardi B and one for ‘On Me (Remix)’ with Lil Baby. However, she didn’t take home any prizes.

Megan Thee Stallion released her debut album ‘Good News’ last November. In a four-star review, NME wrote: “[…] this debut finds Megan Thee Stallion determined to retain her freewheeling positivity in a difficult year. And isn’t that the sound of 2020?”