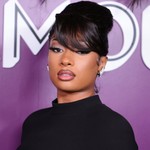 Megan Thee Stallion nabs her fourth top 10 album on Billboard’s Top R&B/Hip-Hop Albums chart, as Something for Thee Hotties: From Thee Archives debuts at No. 3 on the list dated Nov. 13. The set starts with a little over 38,500 equivalent album units earned in the U.S. in the week ending Nov. 4, according to MRC Data.

Of the project’s first-week total, just over 28,500 units derive from streaming-album equivalents — representing 38 million on-demand streams of the set’s tracks. Another 10,000 arrive from traditional album sales, and the remaining few hundred units come through track-equivalent units. (One unit equals the following levels of consumption: one album sale, 10 individual tracks sold from an album, or 3,750 ad-supported or 1,250 paid/subscription on-demand official audio and video streams for a song on the album.)

Something for Thee Hotties is a collection of the rapper’s archival tracks and some freestyles aimed for her fans, dubbed “Hotties.” The rapper announced the project on Oct. 21 on her social media pages, writing, “freestyles y’all been asking for plus a few unreleased songs from my archives to hold y’all over for the rest of the year.” Among the songs on the album is the previously released single, “Thot Shit,” which reached No. 2 on R&B/Hip-Hop Airplay and No. 6 on the Hot R&B/Hip-Hop Songs chart earlier this year.

With Something for Thee Hotties, Megan Thee Stallion preserves an unbroken top 10 streak: all four of her projects that have appeared on Top R&B/Hip-Hop Albums have all reached the upper tier. The new member follows 2019’s Fever (No. 6 peak) and two 2020 efforts: Suga (No. 6) and Good News (No. 1 for one week).

Thanks to the new release, “Thot Shit” rebounds 34-24 on the Hot R&B/Hip-Hop Songs chart. There, it captures the Streaming Gainer honor for the best improvement in streaming points for the week, as it climbed to 5.3 million U.S. streams for the week, an 12% upgrade from the prior week’s 4.8 million count. Something for Thee Hotties also generates a debut for its track, “Eat It,” which starts at No. 31 and cracks the all-genre Billboard Hot 100 at No. 82.