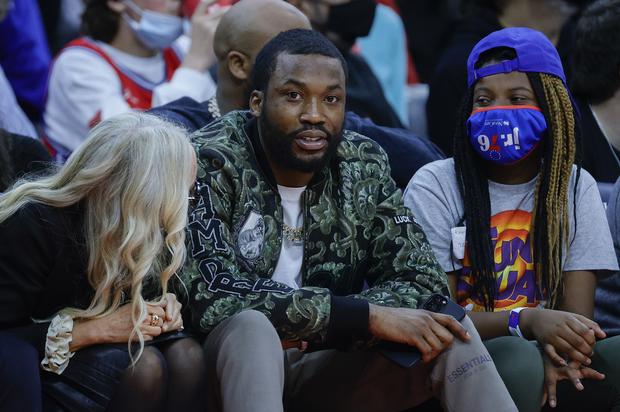 Are you betting on or against Meek Mill? If you are an executive in the music industry, the Philadelphia rapper may have a proposition for you, but it could cause you to lose a hefty bag. Last week, Meek revealed that he would be sharing some big music news soon, even suggesting that we could have releases on the way as early as next month. We also reported that after leaving his management deal with Roc Nation, Meek signed with WME, partnering with the company for the Culture Currency Initiative.

It looks as if Meek Mill is feeling mighty secure in what he has on the horizon because he challenged naysaying music executives to a $10 million bet.

“If you a corporate person that work in the music business and ever predicted meek is over … I wanna place a 10m bet with you in contract …. Label owners a&rs ceo’s coo’s artist … im just finding out y’all was talking like that … y’all said I was over at least 5 times,” the Dreams & Nightmares hitmaker tweeted.

He confidently returned with, “And ima do it from independent side no major vibes to make effortless.” Although some shrugged off his first message, the Meek wanted to be known that he means business. “This is not a joke this for people that fake call the shots in this music industry …. They really be washed and try to place there limits on you and want you to believe it sneverrrrrr!”

We’ll let you take guesses as to who he may be referring to, but check out Meek Mill’s tweets below and let us know if you would take his bet.