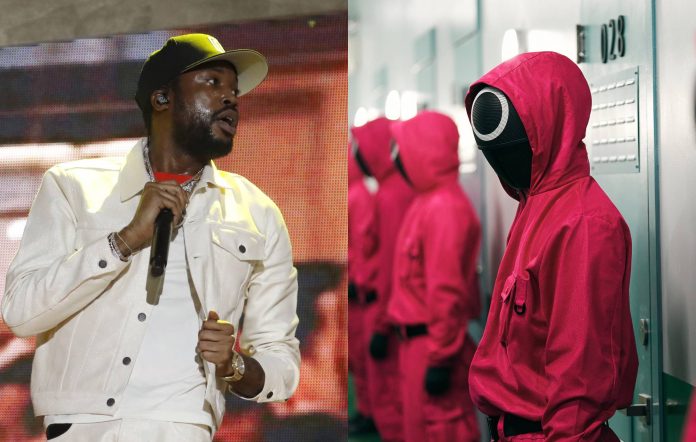 Meek Mill has compared the premise of the hit Netflix TV show Squid Game to “hood poverty”, claiming that it represents “the exact same thing”.

The South Korean survival drama, which recently became the streaming service’s biggest-ever series launch, depicts a dystopian contest in which people in debt are forced to partake in a series of deadly games in a bid to win a huge cash prize.

Comparing the premise of Squid Game with social issues in the US in a tweet earlier this week (October 12), Meek wrote: “Pay attention how fast people switch and kill each other to survive [in Squid Game] … Now think about the ‘hood’ poverty … it’s the exact same thing,” he tweeted.

“If you just help them with work/money they won’t be that way […] ‘just a common sense message’.”

In between the two albums, Meek shared the 2020 EP ‘Quarantine Pack’, as well as a series of freestyles and singles.

In Squid Game news, the creator of the show recently said that Donald Trump’s presidency helped spur the show’s release.

Speaking to IndieWire about Trump, Hwang Dong-hyuk said: “I think he kind of resembles one of the VIPS in the Squid Game. It’s almost like he’s running a game show, not a country, like giving people horror. After all these issues happened, I thought it was about time that this show goes out into the world.”