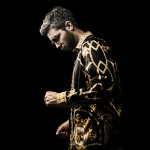 Meduza launches at No. 10 on Billboard’s multimetric Hot Dance/Electronic Songs chart (dated Nov. 13) with “Tell It to My Heart,” featuring Hozier. Released Oct. 29, the track earned 2 million U.S. streams and sold 1,100 downloads in the week ending Nov. 4, according to MRC Data.

“Heart” is the first Hot Dance/Electronic Songs top 10, and first entry, for Irish singer-songwriter Hozier, who broke through with the No. 2 Billboard Hot 100 hit “Take Me to Church” in 2014.

Concurrently, “Heart” (not a remake of Taylor Dayne’s top 10 1987 Hot 100 classic of the same name) bows on the Dance/Electronic Digital Song Sales (No. 7) and Dance/Electronic Streaming Songs (No. 22) charts.

Additionally on Hot Dance/Electronic Songs, Acraze cruises 17-12 with “Do It to It,” featuring Cherish. The track, whose profile has been boosted by a TikTok dance challenge, earns top Streaming and Sales Gainer honors, up 89% to 1.9 million U.S. streams and 83% to 1,400 sold. It pushes 10-4 on Dance/Electronic Digital Song Sales and 10-9 on Dance/Mix Show Airplay.