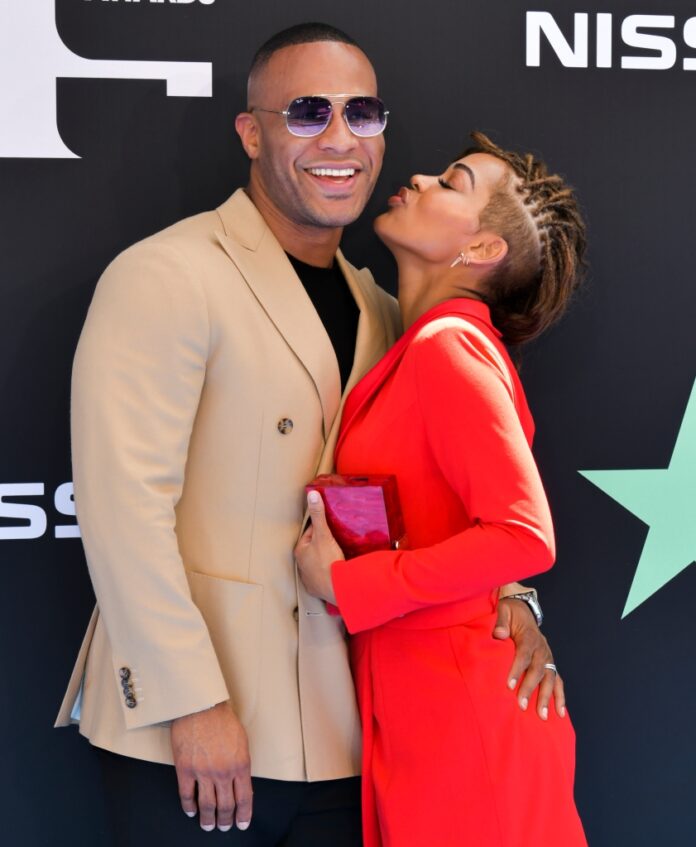 It came as a surprise to fans when Meagan Good and DeVon Franklin announced their divorce. The pair met while filming a movie in 2011, and by 2012, they were exchanging vows. However, they unexpectedly announced their split and divorced in 2021. Good and Franklin have only spoken kindly about one another since the breakup, and during a visit to The View, the actress shed light on her divorce.

“I’ve learned a lot about myself. I’ve rediscovered myself in a lot of ways,” said Good. She also praised Whoopi Goldberg for being there for her during the trying time.

“Also, I gotta say again, Whoopi was very instrumental in that, because we had some really good conversations I needed to have that were illuminating for me and eye-opening for me.”

The actress also spoke about being excited about her future.

“I’m like, ‘All right, Lord, if you allowed it, what’s next, Dad?’” she further shared. “It’s exciting for me low-key. I feel like I get to start my life over in some ways and have a second chance at whatever’s supposed to be next.”

“I’m really embracing that, excited about it. I don’t know what to expect, and that’s kind of amazing.”

Read More: Meagan Good Fans Welcome Her “Back To The Streets” Following Her Divorce

Meanwhile, Franklin has been pressing forward. He visited Red Table Talk, where he discussed the “painful” reality of divorce.

“It changes everything…. I just bought a piece of property, first piece of property. In the contract: ‘DeVon Franklin, an unmarried man,’” he said. “I might’ve well broken down. Because I never saw this moment.”