HomeNewsMark Ronson wishes making ‘Back to Black’ took longer to have “more...
News 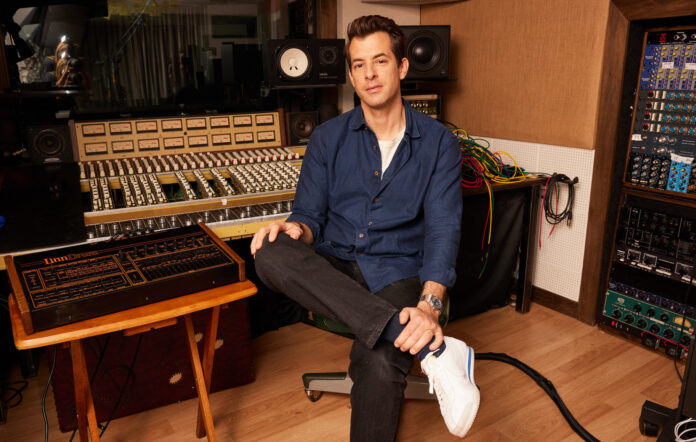 Mark Ronson has reflected on the process of creating ‘Back to Black’ with Amy Winehouse as he opens up his studio process for the first time in a new BBC Maestro production course. Watch Ronson discuss his late close friend and collaborator, as well as discuss recent projects and what to expect from the new course, in the video above.

The multi-award-winning musician, producer and songwriter will offer lessons on everything he’s learned throughout his career in the new series, from songwriting, recording, and production, to using industry software. The lessons are also filmed in the same New York studio where he first met and worked with Winehouse, and one of the pre-order perks includes access to Ronson’s breakdown of the single ‘Back to Black’.

READ MORE: The timeless influence of Amy Winehouse: “Her legacy is beyond comprehension”

“The six songs that we did on ‘Back to Black’ together, we did in five to seven days. I always think, ‘Damn, I wish it did take longer’, because I would have more memories,” he told NME. “Not that we didn’t spend plenty of time hanging out after that, but it was just so quick.”

He also reflected on when he first started working with the Camden singer-songwriter on her second studio album. “I think she’d been working on the record for a while because it had been three or four years since ‘Frank’,” he said. “Even though I wasn’t a big producer at that time I was just happy to have any gig, I remember people being like, ‘Oh, you’re working with Amy Winehouse, good luck with that. I heard she’s been working on that album forever’.

“I just met this person who was so incredibly together and lucid. I was like ‘I don’t know who they’re talking about, but I just met this incredibly smart girl who’s just come in and told me what she wants her record to sound like’. And she’s playing me five demos on the guitars, she blew me away. So I was just very excited, and I really liked [that] we instantly kind of hit it off.”

The producer also remembered Winehouse writing the lyrics to ‘Back to Black’ in an hour and a half, and initially questioning if they would work. “I do remember one thing that I said that I feel really stupid about,” Ronson said. “She said, ‘We only said goodbye in words, I died a thousand times’. And I was like, ‘Well, that doesn’t rhyme. Because in my little novice experience at that moment, I was like, ‘Producer 101, the words rhyme in the chorus, they have to, or it won’t be a hit’. And she just looked at me like, ‘This is what I wrote, I’m not changing this’.”

Ronson also told NME how he recently unearthed the raw demo tape for ‘Back to Black’. “I just forgot that I had it honestly,” he said. “I was making a TikTok and I was just talking about that song. And I went back to open the demo, and I was like, ‘Oh my god, this is different lyrics, different melodies. And it was just cool.” The producer also revealed he has all of the singer’s old demos, even suggesting there could one day be potential to release a “boxset”.

More recently, Ronson has been in the studio with Lizzo, working on her forthcoming new album ‘Special’. “I loved it,” Ronson said of his time creating with the ‘About Damn Time’ singer. “It was my first thing back after the pandemic so I hadn’t been in the studio with anyone in a while. I nearly cancelled it eight times because I was like, ‘I haven’t been around anyone, what if I don’t have any good ideas, the pressure, she’s such a big artist,’” he said.

But the experience exceeded his expectations. “We just had so much fun and we made a bunch of great music,” he said, adding that “it’s one of my favourite things I think I’ve ever done.” He also described her as the “real deal”, and expressed his admiration for her musical abilities.

As well as Lizzo’s project, the producer has also been working with King Princess on her sophomore album ‘Hold On Baby’, out July 29. The record includes Ronson’s “favourite song she’s ever written”, which he revealed features drums from late Foo Fighters drummer Taylor Hawkins. “It’s just one of the most fucking incredible drum performances I’ve ever recorded,” Ronson said.

The producer shared they had been texting just the week before Hawkins died in March this year. “He was such a versatile drummer to watch, it wasn’t just like Gonzo rock. He had amazing feels, like soulful. We’d just done this [song] together, and I really felt it was like we were just about to do a lot more.”

Ronson will pay tribute to the drumming legend at the Taylor Hawkins tribute concert at Wembley this September: “Dave Grohl asked me to be a part of this thing to celebrate him. I mean, that’s all he had to say. He could have literally just said ‘We need some extra roadies on the night’, I’d be like, ‘OK, whatever you need’.”

Watch NME’s full interview with Mark Ronson above, where he also speaks about feeling “nervous” to open up his studio for the first time and his memories of producing ‘Valerie’ with Winehouse.

The post Mark Ronson wishes making ‘Back to Black’ took longer to have “more memories” with Amy Winehouse appeared first on NME.