HomeNewsMarilyn Manson reportedly had a “bad girl’s” room in his West Hollywood...
News 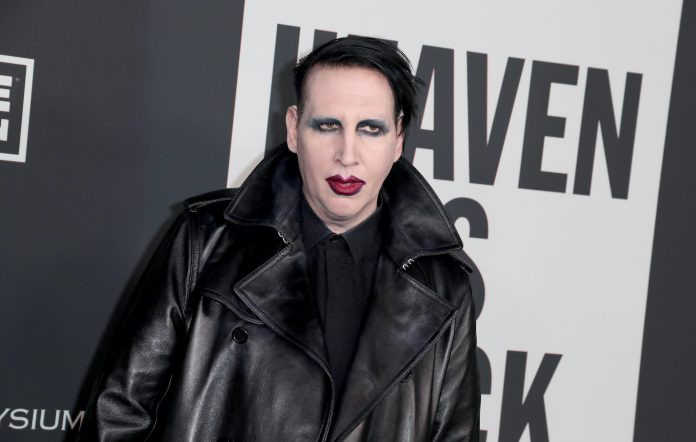 It’s been reported that Marilyn Manson had a soundproof room in his West Hollywood apartment that he referred to as the “bad girl’s room”.

In an in-depth report by Rolling Stone based on court documents and new interviews, it’s detailed that Manson (real name Brian Warner) would banish his various girlfriends to this “solitary-confinement cell used to psychologically torture women”.

According to Ashley Walters, a former assistant suing Warner for sexual assault and other charges, Warner “always had a joking, bragging tone”, when he told people about the room.

Ryan Brown, another former assistant, has denied ever seeing any women confined in the so-called “Bad Girls’ Room” in the eight years he worked for Warner but said, “it was common knowledge that’s what everybody had called it”.

Ashley Morgan Smithline, who is suing him for sexual assault and unlawful imprisonment, among other charges, told Rolling Stone that Warner repeatedly forced her to stay in the space for hours at a time when they were dating.

“At first, he made it sound cool,” Smithline said. “Then, he made it sound very punitive. Even if I was screaming, no one would hear me. First you fight, and he enjoys the struggle. I learned to not fight it, because that was giving him what he wanted. I just went somewhere else in my head.”

Earlier this year, Phoebe Bridgers tweeted: “I went to Marilyn Manson’s house when I was a teenager with some friends. I was a big fan. He referred to a room in his house as the ‘r*pe room’, I thought it was just his horrible frat boy sense of humor. I stopped being a fan.”

I went to Marilyn Manson’s house when I was a teenager with some friends. I was a big fan. He referred to a room in his house as the “r*pe room”, I thought it was just his horrible frat boy sense of humor. I stopped being a fan.

I stand with everyone who came forward.

She went on to say, “The label knew, management knew, the band knew. Distancing themselves now, pretending to be shocked and horrified is fucking pathetic.”

Manson is currently facing four sexual assault lawsuits after his former partner Evan Rachel Wood, among other women, publicly made allegations against him in February.

The most recent lawsuit was filed by model Smithline, who is suing Manson for sexual assault, sexual battery and unlawful imprisonment, among other charges.

Manson has denied all allegations, claiming that his accusers were “cynically and dishonestly seeking to monetize and exploit the #MeToo movement” by launching a “co-ordinated attack against him.”

The documents, filed in July, labelled the women “co-conspirators” who are “desperately trying to conflate” Manson’s stage persona “with fabricated accounts of abuse”.

The post Marilyn Manson reportedly had a “bad girl’s” room in his West Hollywood apartment appeared first on NME.