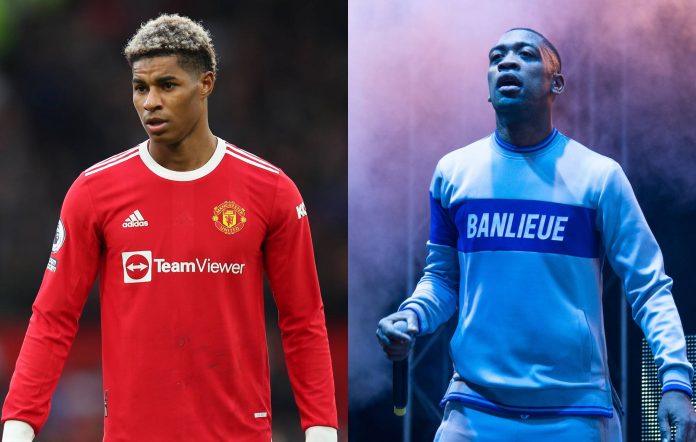 Manchester United and England footballer Marcus Rashford has apologised after being photographed partying with Wiley following the rapper’s antisemitism controversy.

Back in 2020, Wiley faced backlash after making anti-Semitic comments that led to his eventual suspension from social media sites. He began the tweets by talking about the music industry, writing: “A record deal is not to benefit you it’s to make the person who gave you the advance rich as hell while you take 17 or 18 per cent of net profit after costs.”

He continued: “If you work for a company owned by 2 Jewish men and you challenge the Jewish community in anyway of course you will get fired.”

This week, the Jewish Chronicle posted an article featuring an image of Rashford and fellow Manchester United player Jesse Lingard partying with Wiley in Dubai, which gained backlash online.

In response, Rashford tweeted yesterday (January 25): “This picture has been brought to my attention which I understand now, given context, could easily be misconstrued. I would like to reinforce that I do not and will not condone discriminative language or behaviour of any kind aimed at the Jewish community or any other community.

“I truly believe that tackling antisemitism in and outside of the game requires a greater level of attention and should very much form part of the game’s anti-racism stance.”

I truly believe that tackling antisemitism in and outside of the game requires a greater level of attention and should very much form part of the game’s anti-racism stance.

Last month, Wiley faced criticism once again after footage emerged that appeared to show the rapper going on another antisemitic tirade.

The clip was first posted by Campaign Against Antisemitism, who claim the London rapper (real name Richard Kylea Cowie Jr) recorded the message in the days prior to his attack against the charity earlier this month.

Presumably making reference to the Holocaust, Wiley said: “Why… why did that happen between them and Hitler? Why?”

Those remarks and the subsequent backlash led to a review of Wiley’s MBE by the Cabinet Office. He later publicly apologised for the comments in an interview with Sky News, claiming that he was “not racist”.