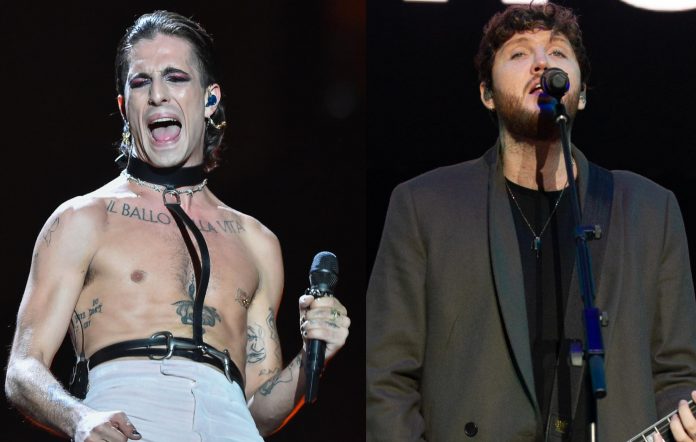 Måneskin‘s Damiano David has said that the first act he fell in love with growing up was James Arthur.

The frontman of the Italian rock band revealed to NME that the British pop star was the first act that he connected most strongly with.

“I am surprised, I don’t know why,” responded his bandmate, drummer Ethan Torchio, who later clarified that he was “joking”. It appeared that Torchio already knew of David’s arguably unexpected answer.

Elsewhere, bassist Victoria De Angelis said that hers was Metallica and guitarist Thomas Raggi said that his was Led Zeppelin. Torchio’s first love, he added, was “without a doubt” The Police.

The band also revealed what their first jobs were – ranging from door-to-door sales to cinema ushering – and reflected on the first song that they wrote together, an unreleased track called ‘Introduction’.

Watch the interview with NME in full above.

In other news, the Eurovision Song Contest 2021 winners made their US network television debut recently by performing ‘Beggin” and ‘MAMMAMIA’ on The Tonight Show With Jimmy Fallon.

The four-piece, who were victorious in this May’s Eurovision with their track ‘Zitti e buoni’, have been playing a host of shows since COVID restrictions lifted this summer, including a set as part of the Paris leg of the huge Global Citizen Live event last month.