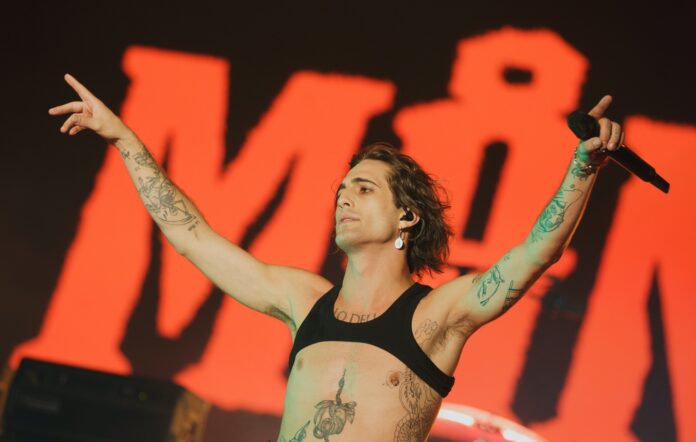 Måneskin have announced a new single called ‘The Loneliest’ – check out the official artwork below.

The Italian band are due to release the track next Friday (October 7). You can pre-save/pre add it here.

‘The Loneliest’ will follow on from Måneskin’s single ‘Supermodel’, which came out in May, and the group’s recent ‘If I Can Dream’ cover from the new Elvis biopic. See the announcement tweet below.

Down these hearts’ depth.
THE LONELIEST out on October 7th. Pre-save / pre-add now: https://t.co/ZNBwI80Qky pic.twitter.com/w46pryjZhb

Additionally, Måneskin have shared a live performance of ‘I Wanna Be Your Slave’ from last weekend’s Global Citizen Festival in New York City. You can watch the video above.

During an interview with NME over the summer, Måneskin talked about the “super cool” experience of topping the US charts with ‘Supermodel’.

“To see such great feedback for our first [global] release makes us really confident for the future,” said frontman Damiano David. “Of course, we didn’t expect that so we’re truly happy and we can’t wait to come out with other music.”

Speaking to NME for a Big Read cover feature earlier this year, David revealed that Måneskin had been writing and recording their anticipated third album in Los Angeles, California.

“We’re not able to label it yet – we’re not good at that,” the singer explained, adding that the record would be “critical [of society]” at times as well as being “honest through and through”.

Måneskin, who rose to fame after winning Eurovision 2021, are set to play a headline show at The O2 in London on May 8, 2023 (find tickets here). The concert will form part of a lengthy European tour, which begins in February.