HomeNewsMadonna says there’s “no debate or discussion” over vaccines due to “cancel...
News 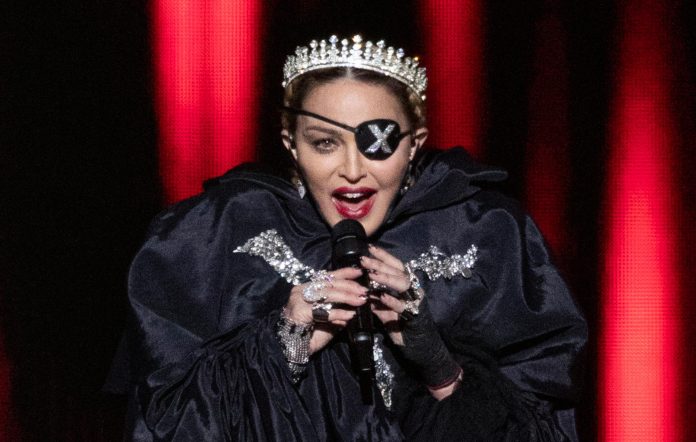 Madonna has said that there’s “no debate or discussion” over vaccines thanks to the fear permeated by “cancel culture”.

READ MORE: The ages of Madonna – the evolution of an icon

The singer said in a new interview that the vaccines debate, which includes jabs for COVID, is stilted due to what she believes is fear for being reprimanded by having certain opinions.

Asked by playwright Jeremy O Harris for V Magazine where peace exists in a world affected by a pandemic, Madonna replied: “It’s interesting because peace is subjective. The way people think about the pandemic, for instance, that the vaccination is the only answer or the polarisation of thinking you’re either on this side or the other. There’s no debate, there’s no discussion.”

Harris then said that he believes that cancel culture isn’t as frightening as “some people feel it is”, to which Madonna replied: “The thing is, the quieter you get, the more fearful you get, the more dangerous anything is. We’re giving it power by shutting the fuck up completely.”

Madonna added that she is “frightened” by censorship.

For some morbid and eerie reason, Madonna decides to re-create Marilyn Monroe’s death bed. The black and white photo is actually Marilyn Monroe’s bedroom where she died. pic.twitter.com/beQJ1Av3Ij

The photo shoot that accompanied the interview was criticised last week for its allusion to Marilyn Monroe’s death and the actress’ final photo shoot.

Madonna is seen posing in similar positions to Monroe’s last shoot, Bert Stern’s The Last Sitting (1962), which was completed six weeks before the star’s death. In the photos Madonna wears blonde ringlets in the style on Monroe and lies on a hotel bed next to prescription pills.

Monroe died at the age of 36 from a prescription pill overdose. She was found dead in her bedroom the following morning on August 4, 1962.

According to the BBC, the ‘Madame X’ pop star claimed in a video upload that a COVID vaccine had already been discovered but was being kept under wraps in order to “let the rich get richer”.

The post was subsequently labelled by Instagram for containing “false information” and was deleted from Madonna’s profile, which is followed by over 15 million users.

In other news, the singer recently provided an update about her biopic.

Madonna announced in September that she is co-directing and co-writing the forthcoming film, which she recently described as a “visual autobiography”.

“Grateful for the success of Madame X, that my script is almost finished and for the support of my beautiful children!” she wrote online.

The post Madonna says there’s “no debate or discussion” over vaccines due to “cancel culture” appeared first on NME.