HomeNewsMadonna is working on a “visual autobiography” about her life
News

Madonna is working on a “visual autobiography” about her life 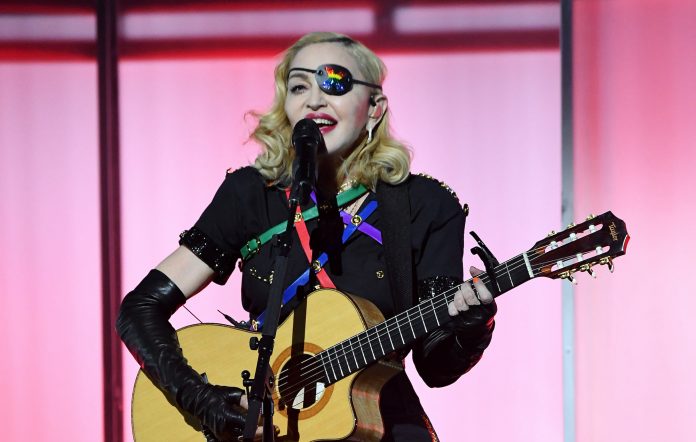 Madonna has revealed that she’s currently working on a “visual autobiography” about her life.

READ MORE: The Big Read – Madonna: ”People pick on me. That’s just the way it is”

The Queen of Pop stopped by The Tonight Show Starring Jimmy Fallon last night (October 7) to promote her new Madame X documentary, which debuts on MTV UK and Paramount+ this evening (October 8).

She also discussed what projects she has coming up in the future, including a film about her life, which she referred to as a “visual autobiography”. “Don’t call it a biopic,” Madonna told host Jimmy Fallon.

“The reason I’m doing it is a bunch of people have tried to write movies about me,” she told Fallon, “but they’re always men.”

She explained that Universal had tried to make a film but failed; she said that the studio sent her a draft script, which she described as “the most hideous superficial crap I ever read”, and that they had tapped up a “total misogynist” to direct it.

“Why would these people make a movie about my life?” she continued. “There’s nothing true in the script, the guy who is making it has no understanding of women, no appreciation of women, no respect for women.”

“I just threw down the gauntlet,” Madonna added, before saying that if anyone is going to do a film about her life then it is going to be her.

You can watch the interview with Fallon below:

Directed by Ricardo Gomes, the concert film, which airs on MTV UK tonight at 10pm BST, features an array of footage from the singer’s 2019-2020 tour including shots of the 48 on-stage performers (including Madonna’s children as well as musicians and dancers from around the world) and the all-female Orquestra Batukadeiras.

Meanwhile, She & Him have shared a previously unreleased cover of Madonna‘s ‘Holiday’ – you can listen to it here.

The duo, comprising actor Zooey Deschanel (New Girl) and Monsters Of Folk‘s M. Ward, are set to release a 10th anniversary edition of their festive album ‘A Very She & Him Christmas’ on November 12 via Merge.

The vinyl reissue will feature a bonus 7″ record, which contains the pair’s take on the Queen Of Pop’s 1983 single as well as a cover of Wham!‘s ‘Last Christmas’ on the B-side.

The post Madonna is working on a “visual autobiography” about her life appeared first on NME.