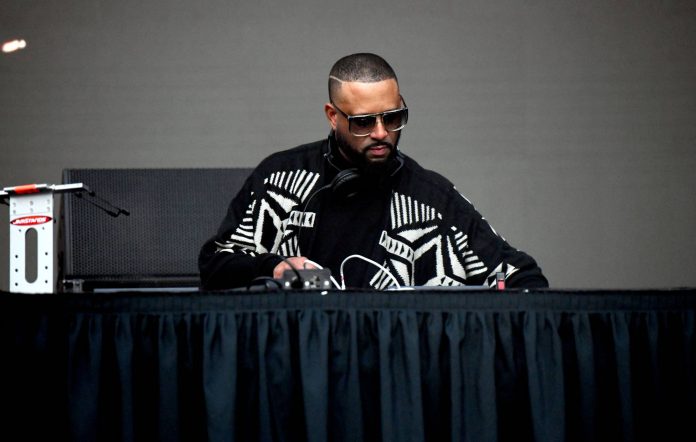 In videos posted on social media, the producer is seen playing an unreleased Black Star number and another unreleased collaboration with Freddie Gibbs. Watch the videos below.

Madlib has reportedly been working on a new album with Black Star, which according to Talib Kweli is finished and awaiting release. Kweli told Ebro Darden in 2019, “The project with Madlib is done. We just trying to figure out when and how to release it.”

Yasiin Bey provided an update earlier this year when he appeared on Kweli’s People’s Party podcast, saying the album will arrive when the duo are ready, and no sooner.

“I get it. We want it too,” he said. “You think you want the album more than us? Knock it off. You did not spend the hours with that music or with those ideas. We did. And we’ve been doing this shit for the better part of our adult lives. So respectfully, mind your business.”

In May, Kweli and Bey unveiled a new untitled Black Star track on The Midnight Miracle, the podcast they host with Dave Chappelle.

Elsewhere, Madlib and Logic released the latest in their MadGic collaboration in June. ‘Mafia Music’ is the third track the pair have released, following ‘Raddest Dad’ and ‘Mars Only Pt. 3’.

Meanwhile, Kendrick Lamar had his first live performance of the year at Day N Vegas, where the Compton MC celebrated the 10th anniversary of his breakthrough debut LP ‘Section.80’. Other acts that performed at Day N Vegas include Thundercat, Jazmine Sullivan and Post Malone, the latter of which replaced Travis Scott as a festival headliner following the Astroworld tragedy.