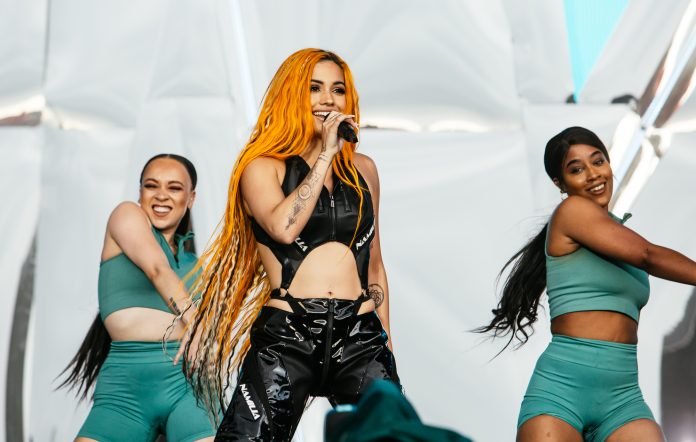 Mabel has released a cover of the Cyndi Lauper classic ‘Time After Time’ – check it out below.

READ MORE: Under The Radar: Mabel on her meteoric rise, the changing face of UK music and her famous family

Speaking about the cover, Mabel said: “I’m so excited my cover of ‘Time After Time’ is out today. I absolutely love this song and I’ve been obsessed with it forever so it’s been really special recording my own version of it.”

You can see the advert here and listen to the whole cover below.

This isn’t Mabel’s first foray into Christmas songs, as the popstar shared the not-so-merry ‘Loneliest Time Of Year‘ in 2019.

The ‘Time After Time’ cover follows Mabel’s collaboration with Joel Corry, ‘I Wish’ and ‘Take It Home‘, her contribution to ‘Pokémon 25’, an album celebrating the 25th anniversary of Pokémon.

“I’ve been a fan of Pokémon for years, so I jumped at the opportunity to join the P25 program,” Mabel said of her contribution in a statement.

“I had so much fun working with Pikachu and my all-time favourite Pokémon, Jigglypuff, for the ‘Take It Home’ video. I hope the fans love the song as much as I loved working on it to celebrate 25 years of Pokémon!”

Just gna leak my own stuff coz I need you tell me which one u like best 1,2 or 3? pic.twitter.com/mnDkWj6PVT

Mabel released her debut album ‘High Expectations’ in 2019 and while she shared the lead single to album two, ‘Let Them Know’ in June, not much else is known about it.

Mabel has been leaking possible tracks from the record on her Twitter though, asking for fans’ opinions about them.

Mabel performed at Reading Festival earlier this year. In a review of the show, NME said: “Performing in the early evening, British pop star Mabel fills her 45-minute set with euphoria. Precious time isn’t wasted on long, laborious stories regaled to the crowd; instead, she blitzes through her impressive back catalogue of pop smashers.

“​​Mabel’s main stage performance was brilliantly good fun. If this is the introduction to Mabel’s next era as a popstar, we’re in for a treat.”