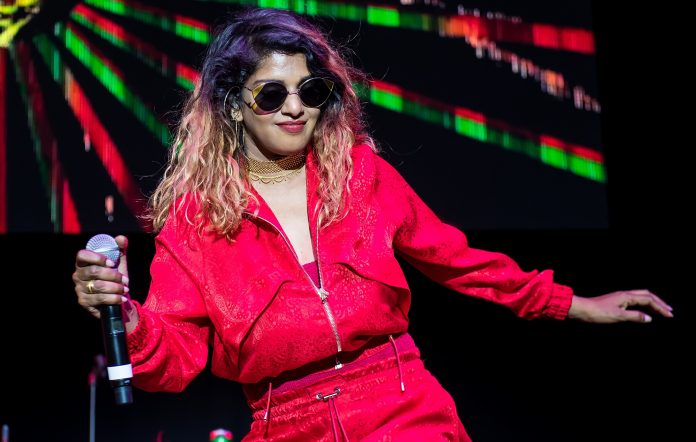 M.I.A. is set to release a new song called ‘Babylon’ as an NFT (non-fungible token).

The ‘Paper Planes’ artist will share the single alongside her 2010 mixtape ‘Vicki Leekx’ through a Foundation NFT auction in support of Courage.org.

As Consequence Of Sound reports, winning bidders will receive the tracks with mastered audio and exclusive high-resolution, M.I.A.-directed videos. The auction is due to start at 3pm ET (8pm GMT) today (November 12).

Fans can also hear the track and see its accompanying visuals via M.I.A.’s O H M N I website, with a preview now available on the English-Sri Lankan artists’ Instagram page. You can tune in below.

Back in April, M.I.A. announced she was entering the NFT market to launch her ‘NFT GARAGE DANCE’ series.

GIFTY 1, which was released through the “creative playground” Foundation, was described as “bookending [M.I.A.’s] 25-year tenure as a digital artist and collected as a GIF”. She followed it up with KALA COYN, her first-ever digital artwork that was created in 1996.

M.I.A. is set to headline next year’s Just Like Heaven festival alongside Interpol, Modest Mouse and The Shins. The event’s second edition will take place on Saturday, May 21 at Brookside at the Rose Bowl in Pasadena, California.

Share
Facebook
Twitter
Pinterest
WhatsApp
Previous articleTaylor Swift Unlocks the Vault, Unleashes ‘Red (Taylor’s Version)’ and Swifties are Crying
Next articleBLACKPINK’s Jisoo on her members’ support of ‘Snowdrop’: “They were always cheering me on”