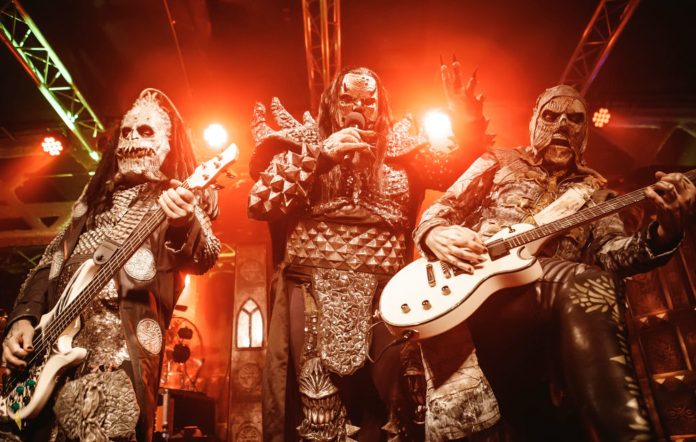 The Finnish heavy metal band, who won Eurovision in 2006 with ‘Hard Rock Hallelujah’, released an album in 2020 called ‘Killection’. The album was a fictional compilation album that the band say they would have written had they existed between the early 1970s and the mid-1990’s.

The new collection of seven albums will be released as ‘Lordiversity’ on November 26 as either a seven-CD/vinyl box set. Each album focusses on a different genre: hard rock, disco, progressive rock, heavy metal, AOR, thrash or speed metal and industrial metal (via Blabbermouth).

The group opened up about the. project more in a new interview with 213Rock Harrag Melodica, which you can listen to here:

Lordi frontman Mr. Lordi said of the release: “In reality, what I wanted to do was to release ten albums, and it was just the record label who said, ‘Okay, that’s too much. Seven is okay, but ten is too much.’ But the funny thing here is that we could have easily done the ten albums — easily, with no problem. Because what we managed to do is we recorded the seven albums in nine months. So we could have easily done the 10.”

He continued: “I don’t think there is [an artist] in any genre of music that has done this. I think this is the first time any band released seven full-length studio albums at the same time.”

Asked about the process and if it was difficult, he added: “It was, but it wasn’t. Let me put it this way: without the corona, this wouldn’t have been possible, obviously. Of course not. But because, all of a sudden, you have all this time, and nobody really knows how much time you actually have, because nobody knows when this pandemic will end, I already knew a year and a half ago when our tour got stopped because of the corona, I already knew that this is not gonna go away in a year; it’s gonna take, like, two years.

Earlier this year, Lordi were unveiled as performers at the Eurovision Song Contest Grand Final.