HomeNewsLorde says the pandemic has made her question taking a “step back...
News 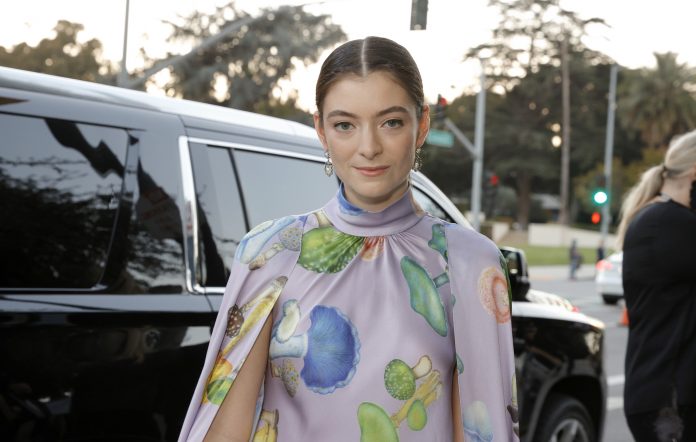 Lorde has said that the pandemic has left her questioning her decision to take a “step back from social media”.

The pop star has spoken at length about her choice to remove social media apps from her phone and hand her passwords over to her team to manage.

READ MORE: Lorde: “I feel like I can see my world and myself a lot clearer now”

Now, in a new letter to fans, she has discussed how the isolation of this period has made her doubt that move. “The decision to step back from social media has been something I’ve really questioned through this time,” she wrote.

“I was so sure skipping the negatives (compulsive time-wasting, IV drip of dread, satisfying but hollow validation loop) would outweigh missing out on the positives (feeling like part of a community, hearing your sweet words, hitting you back). But I’ve really, really missed you.”

She added that the pandemic had made her question “what I’m doing and why, all the time, on an unprecedented level”.

In the missive, Lorde also shared with her fans that she is currently living in New York before she begins her world tour in 2022. Being away from home “at a time where the country’s struggling to contain the virus” has left her “feeling isolated from friends and loved ones there”, she said.

Speaking to NME earlier this year, Lorde said quitting social media had allowed her to be uninfluenced by current trends and sounds on her third album ‘Solar Power’. “I wanted to know what I would make when I wasn’t dialled into what everyone else was making,” she said.

“One of the things that starts to happen when you have any sort of community is you start to move as one, in a way. I honestly don’t think I could have achieved this if I tried four years ago, just because [I was in] the whirlpool.”

Meanwhile, earlier this month David Byrne recalled hearing the musician’s music for the first time. “One of the things that struck me was how minimal it was,” he told Lorde during an interview for Rolling Stone.

“There was a lot going on in the vocal area with harmonies, but musically, it was stripped down — just what you need as far as beats and keyboards, and no more. Which completely knocked me out. I thought, ‘I could learn from that.’”

The post Lorde says the pandemic has made her question taking a “step back from social media” appeared first on NME.