HomeNewsLonzo Ball & The Bulls Get Some Positive News
News

Lonzo Ball & The Bulls Get Some Positive News 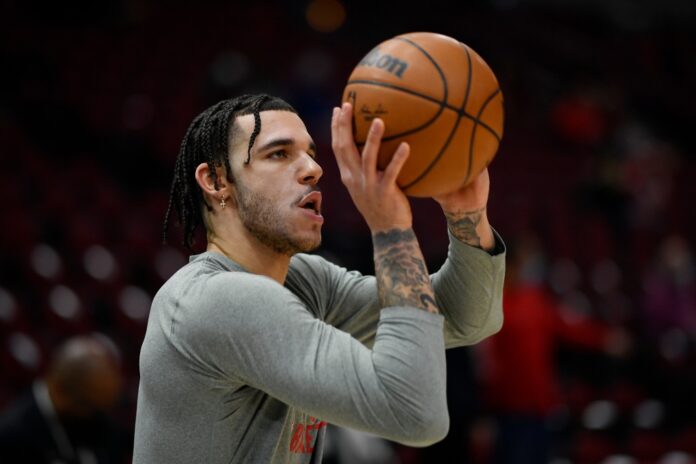 Lonzo Ball has been dealing with a significant knee injury over the past few months. After getting surgery at the beginning of the year, Ball wasn’t able to recover as quickly as he was supposed to. This was a huge concern for the Bulls and it has continued to be one as Lonzo has yet to recover in time for the NBA season.

In fact, Lonzo recently underwent a second knee surgery, and now, he will have to miss even more time. Recently, Lonzo admitted that he is still feeling a lot of pain in his knee and that he can’t even run or jump. This is very upsetting for Bulls fans, and it has even been heartbreaking for his teammates who care deeply about his health.

Now, however, the Bulls are getting some good news pertaining to Ball. As you can see in the tweet down below from Shams Charania, there is a sense that Lonzo will be able to come back this season. While there is no exact timeline for his return to the court, there is a lot of confidence in his ability to play prior to the postseason.

Sources: There is confidence in Bulls guard Lonzo Ball’s ability to return this season following left knee surgery on Wednesday that doctors believe addressed the issue. Ball is expected to miss at least a few months.

When Lonzo was on the court last season, the Bulls were among the best teams in the entire Eastern Conference. With that being said, the team could use him right now, especially with the East’s continuing momentum.

Keep it locked to HNHH for more news and updates from around the sneaker world.