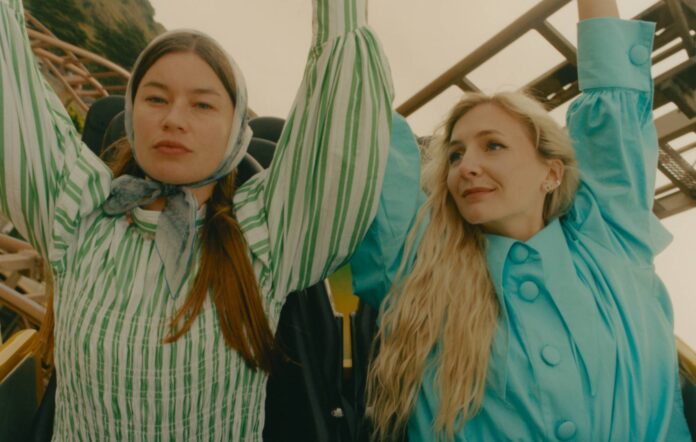 Wet Leg have shared a new track today (February 28) – listen to ‘Angelica’ below.

The duo have also once again self-directed the video for their latest track, which is set on the Isle of Wight where the band are from.

Rhian Teasdale and Hester Chambers say the song is about Teasdale’s oldest friend. It was recorded in Chambers’ living room by bandmate Joshua Mobaraki according to a press release.

It goes on to describe the song as a mixture of “the absurd”, “the sardonic”, “social angst” and “a a trippy, synth-kissed journey through parties and regrets.”

Speaking about the new song, Teasdale said: “It’s laced with disenchantment. Even though the chorus is ‘good times, all the time’. That’s just impossible, isn’t it?”

Watch the video for Angelica here:

The song will feature on ‘Wet Leg’, the group’s debut album which is set for release this April, alongside previous singles ‘Chaise Longue’, ‘Wet Dream’ and ‘Oh No’.

To launch the album, the band recently announced several UK in-store performances and appearances. Several extra dates have been added due to demand.

You can see the full list of dates here:

Wet Leg have also been added to the line-up for SXSW Festival 2021. The event will return to Austin, Texas between March 14-20.

They will also be seen at this year’s BBC Radio 6 Music Festival.