HomeNewsListen to The Wombats’ new single ‘Everything I Love Is Going To...
News 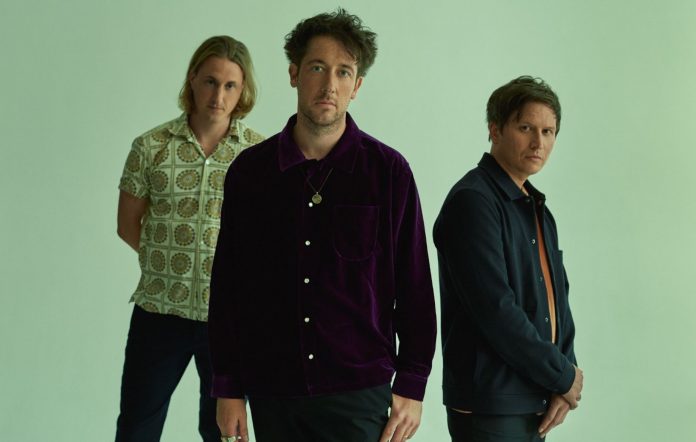 The Wombats have shared a new single called ‘Everything I Love Is Going To Die’ – listen below.

Premiering on BBC Radio 1 last night (November 15) as Clara Amfo’s ‘Hottest Record’, the track serves as the latest preview of the band’s upcoming fifth album ‘Fix Yourself, Not The World’, which arrives on January 7 via AWAL.

It follows the previous songs ‘If You Ever Leave, I’m Coming With You’, ‘Method To The Madness’ and ‘Ready For The High’, the latter of which arrived last month.

“The song is about the impermanence of life, and with that in mind, the beauty of each passing second,” Matthew ‘Murph’ Murphy explained of ‘Everything I Love…’ in a statement.

“Key line for me is ‘Icarus was my best friend, so I’m gonna make him proud in the end‘, which I guess is a playful take on living life to its fullest even though the consequences of that might be dire.”

He continued: “Certainly not a call to Nihilism, however, but perhaps a call to being present and the joy that can be found in appreciating each moment we find ourselves in.”

‘Everything I Love Is Going To Die’ arrives with an accompanying video-game inspired official lyric video.

The Wombats are set to take ‘Fix Yourself, Not The World’ out on a UK headline tour next spring. Kicking off in mid-April, the stint includes a three-night billing at Liverpool’s Mountford Hall. European dates will follow between April 29 and May 19.

You can find the full schedule and ticket details here. The Wombats’ 2022 UK tour dates are as follows:

Meanwhile, The Wombats have been announced for next year’s Tramlines festival in Sheffield. Sam Fender, Kasabian and Madness will headline the event, which is due to take place between July 22-24.

Speaking to NME at Reading Festival 2021, Murph said of The Wombats’ new LP: “With our fourth album, I put a lot of pressure on it and I knew I had to do something really great, and so for me this album was just to focus on the energy that we were given from the fourth album and just shift it across a few more years.

“And if it’s better than that, then so be it – and it might just be, actually.”

You can watch NME‘s full video interview above.

The post Listen to The Wombats’ new single ‘Everything I Love Is Going To Die’ appeared first on NME.