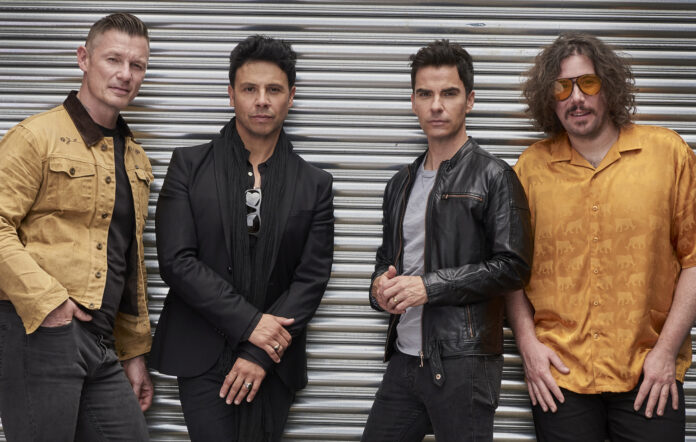 Stereophonics have shared their latest track ‘Right Place Right Time’ – you can hear the new song below.

The track is taken from the long-running band’s upcoming new album ‘Oochya!’, which is set for release on Friday (March 4) via Stylus Records (through Ignition Records Ltd).

READ MORE: Five things we learned from our In Conversation video chat with Stereophonics’ Kelly Jones

The Kelly Jones-written ‘Right Place Right Time’ is the final preview of Stereophonics’ upcoming LP, and follows on from previous singles ‘Hanging On Your Hinges’, ‘Do Ya Feel My Love?’ and ‘Forever’.

You can hear Stereophonics’ ‘Right Place Right Time’ below.

“I’ve never mentioned three girlfriends in one song before!” he joked. “It’s quite strange actually, but it’s about serendipity and destiny. That kind of song could go on forever if you named everybody in your life you’ve ever had an encounter with.”

Stereophonics will embark on a UK arena tour next month in support of ‘Oochya!’ before they headline two dates at Cardiff’s 60,000-capacity Principality Stadium in June.

You can check out the band’s upcoming UK headline tour dates below and find any remaining tickets here.

Stereophonics will also perform this summer at Victorious Festival, Y Not Festival, Big Feastival and Kendal Calling, while they will support Pearl Jam in Hyde Park in London on July 9.