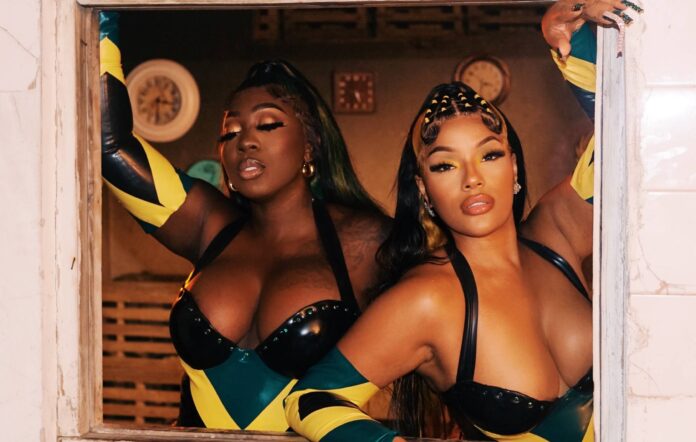 Stefflon Don has shared a new song with Spice today (August 19) called ‘Clockwork’ – check it out below.

READ MORE: Stefflon Don on what it’s like to have your house on MTV Cribs

The carnival-inspired song is the first from Stefflon Don’s upcoming debut album, ‘Island 54’. No release date has yet been announced but it is promised to arrive “later this year”.

The new song was produce by Beam, and the song’s video, which you can see below, features choreography from Parris Goebel.

Check out the song and its video here:

Speaking about the single, Stefflon Don said in a statement: “This track is a celebration of my Jamaican heritage and I wanted to make sure that shone through in all its elements. From the outfits I designed for the video to collaborating with the Queen of Dancehall herself, Spice.

“It’s a song made for Carnival; to dance to, drink to and party to. I can’t wait to hear it around London on the sound systems it was made for.”

Stefflon Don performed alongside Becky Hill and Ultra Naté at Wembley Stadium ahead of the Euro women’s final on July 31.

Ahead of kick off, Hill opened the performance before Stefflon Don joined Ultra Naté for a rendition of ‘You’re Free’, which Hill also appeared on towards the end.