HomeNewsListen to Robyn team up with Smile for their new single ‘Call...
News 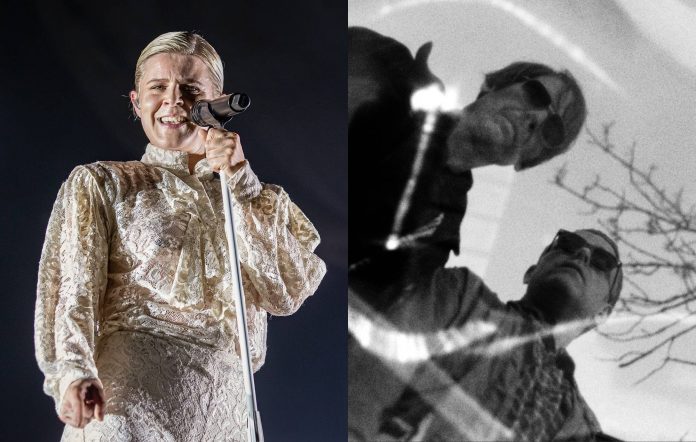 Robyn has teamed up with the Swedish duo Smile for their new song, ‘Call My Name’ – you can hear the track below.

The song is taken from the upcoming new album by Smile – Björn Yttling (Peter, Björn and John) and Joakim Åhlund (Teddybears, Caesars) – titled ‘Phantom Island’, which is set for release on November 19 via Chimp Limbs.

Robyn and Åhlund have previously collaborated together on the former’s albums ‘Robyn’ (2005) and ‘Body Talk’ (2010).

“I love singing ‘Call My Name’, and it was a true pleasure to record it and rave around in this beautiful song together with Joakim and Björn,” Robyn said in a statement about the track, which you can hear below.

Åhlund added: “We’ve had the song knocking about for quite some time, but when Robyn sang it, she really lifted it to another level. Her vocal is just packed with so much emotion.”

“‘Call My Name’ is a simple song about unconditional love, and the will to try and protect the one you love from a chaotic and threatening outside world,” Yttling said.

“Yes, I think in mine and Björn’s case when we wrote the song we were both directing the words to a child, but I suppose one can imagine it being sung to a lover as well, or any person you feel strongly about.”

Earlier this week, the Boston Red Sox baseball team toasted an important win by singing along to Robyn‘s ‘Dancing On My Own’ in the dressing room.

The post Listen to Robyn team up with Smile for their new single ‘Call My Name’ appeared first on NME.