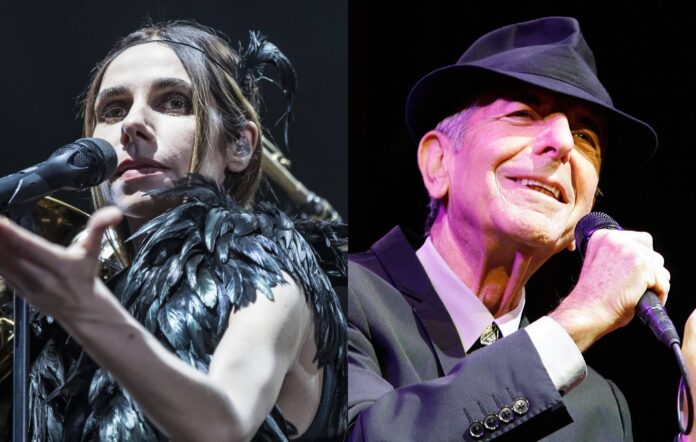 PJ Harvey has shared a haunting new cover of Leonard Cohen’s ‘Who By Fire’ – listen to it below.

READ MORE: Sharon Horgan: “I still give a shit – but way less of a shit than I used to”

The song was recorded with composer Tim Phillips for the new Apple TV+ series, Bad Sisters.

The first two episodes of Bad Sisters are available on Apple TV+ now, with new episodes debuting each Friday until October 14.

In a press release, Harvey said of the cover: “It was a very enjoyable day spent recording the version of Leonard Cohen’s ‘Who by Fire’ for Bad Sisters. I had spoken to Sharon Horgan in advance of the recording session, so I understood why she felt the song’s lyric was so perfect for the series, but also understood what nuances of Leonard’s performance she most loved, and therefore what to try and recapture but in my own way.

“Tim Phillips and I worked together on my performance for the song. I found Tim to be an inspiring and exciting work partner which made the whole experience flow.”

Listen to the cover here:

Sharon Horgan, executive producer and star of the show, also added: “I thought of the words of ‘Who by Fire’ soon after the series was picked up and thought how perfect it would be. Pretty soon after that, I thought of Polly’s voice singing those words and asked Apple if we could make that happen. I had been a fan of Polly for years and was nervous when we zoomed with her.”

Horgan continued: “I don’t have a musical vocabulary, but I know what I wanted. But we told her our ideas and about the series—it was quite fledgling at that stage, just photos and words, nothing filmed to show her, but she got it and loved it. We paired her up with Tim Phillips who had scored Shining Vale, so we knew he was genius at what he does. The tone of the whole series is effected by the music and Polly’s voice. I still can’t quite believe we pulled it off.”

Horgan revealed that Harvey had composed the theme tune and co-written its soundtrack in NME’s recent interview with her, later adding further details about the team-up. As well as featuring her rendition of ‘Who by Fire’, the dark family drama also sees Harvey open her archive to contribute previously-unheard material.

“I knew that Polly had started doing scores and I’m just a huge long-term fan,” Horgan told NME.“I figured if we had Tim as co-composer, then she might be able to find some time for us, so on the off-chance, I got her email and sent her a sort of love-letter – which is how you do it. I sent her the script and some images from our first few days of filming to give her an idea of what it was about.”

“A lot of the themes of the show – there’s a lot of death and revenge in there – felt like the kind of subject matter Polly writes about anyway….One of the things I’d been thinking of was to do a cover of ‘Who by Fire’ by Leonard Cohen and I thought Polly would do the most amazing version of that,” Horgan revealed. “It lists all these different deaths in the song, which people will understand when they finally see Bad Sisters.

“I pitched her that and then some of the stuff I’d been thinking about for the show. I love Bulgarian choir/folk music that Kate Bush had used on her [1989] album ‘The Sensual World’, and when I mentioned that, she [PJ] was like: ‘Yeah, well I used to be in a Bulgarian choir!’ I also liked the idea of having murder ballads in the show, and she’s done that before.”

Speaking about the unheard material PJ Harvey had, Horgan added: “Polly sent me a folder of songs which she called her ‘Orphans’ because they were wonderful songs that she’d written but hadn’t found a place for.

“It had always made her sad, and when she heard about the themes of the show, she said: ‘This is strange because some of these songs are eerily on-point’. And they were – we’ve used some of them wholesale. It was mad how it all lined up.”

Harvey meanwhile, recently revealed that she was “very pleased” with her long-awaited new album – and that the long-awaited follow-up to 2016’s ‘The Hope Six Demolition Project’ would be out next summer.

The post Listen to PJ Harvey’s haunting cover of Leonard Cohen’s ‘Who By Fire’ appeared first on NME.