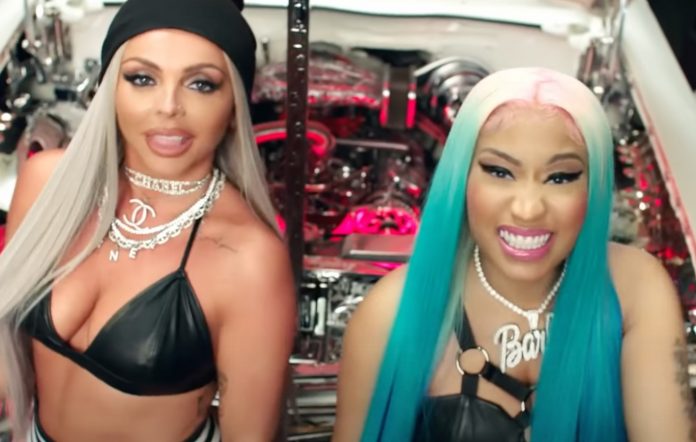 Jesy Nelson has released her new single ‘Boyz’ today and it features a verse from Nicki Minaj – listen to it below.

The song samples Diddy’s ‘Bad Boy 4 Life’ and is the first new music Nelson has shared since announcing her departure from Little Mix.

The video for the song sees Nelson moving into a new neighbourhood and annoying her neighbours with loud music after arriving on a tour bus. Minaj appears later on in the video and performs her guest verse from the garage in Nelson’s new house.

Minaj had previously collaborated with Little Mix on their 2018 song, ‘Woman Like Me’.

You can see the video here:

Earlier this year, Nelson opened up on the exact moment she realised she was going to leave the group.

Nelson, who joined the band during their formation on The X Factor in 2011, announced her departure last December.

Speaking to Cosmopolitan, Nelson explained how being in the group had adversely affected her mental health and that her decision to leave Little Mix was made after she suffered a panic attack while filming the music video for ‘Sweet Melody’.

“I immediately became a different person,” Nelson said. “I had anxiety. Whenever we had a music video, I put an enormous amount of pressure on myself to try and lose weight.”

Describing the moment as “breaking point”, Nelson went on: “I’d been in lockdown, and I’d put on a bit of weight but I didn’t care. And they said, ‘You’ve got a music video in a couple of weeks’ and I just panicked.

“I went on this extreme diet, with bloody shakes, and tried to eat as little as possible. On the day of the ‘Sweet Melody’ video I had a panic attack on set because I didn’t look how I wanted to look and I found it so hard to just be happy and enjoy myself.”

Nelson is now focusing on her own solo material, while Little Mix – comprised of Perrie Edwards, Jade Thirlwall and Leigh-Anne Pinnock – have continued as a three piece.