Listen to Greentea Peng’s spiritual new song ‘Look To Him’ 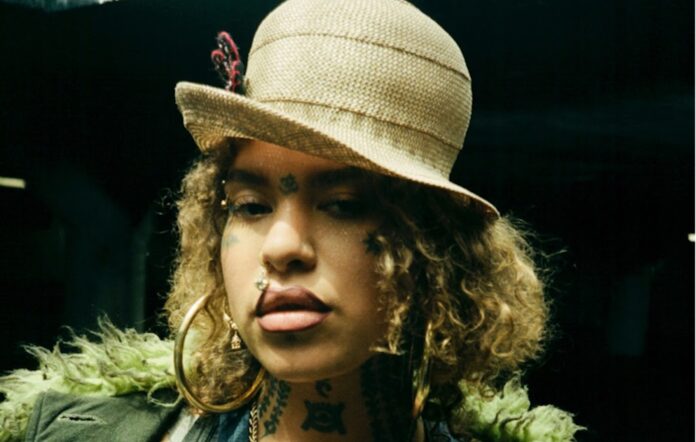 Greentea Peng has returned with a spiritual new song called ‘Look To Him’ – listen below.

READ MORE: Greentea Peng: hallucinogenic blend of soul, dub and the vibes of the natural world

The new track follows the track ‘Your Mind’, which was shared back in March, and is a precursor to a new project from the singer that is touted to drop “imminently”.

“‘Look To Him’ explores the idea of originality and the notion of tapping into source energy for creativity and inspiration rather than just searching for it amongst your peers and surroundings,” Greentea Peng said of the new song in a statement.

“At the same time, it challenges the idea that anything is truly original as nothing is truly our own rather seeped into us from a Higher Power and thus channelled from God him/herself.”

Listen to ‘Look To Him’ below.

Earlier this year, Greentea Peng cancelled her March UK headline tour due to the uncertainty caused by COVID-19. “If it was just me on the mic over a track it would be different but manoeuvring a 6 piece band plus team is a different story and we need time, full energy and a lot of money to make shit happen. I’d rather do it properly than slap dash,” she said in a statement.

“I’m gonna be back bigger, better and more free as soon as we can do this shit properly and in a relaxed manner. I don’t like stress. I hope some of you will come find me at one of the many cool festivals I’m playing at this year (announcing soon) after that we’ll get to it. Promise,” she added.

Reviewing her set at Glastonbury 2022, which she said would be her last live set for a while, NME wrote: “Her set is a delicate performance in many places, and singing ‘Your Mind’ is one of them; it’s a soul-lifting experience. For her ‘beautiful’ first-ever Glastonbury set, there are a bunch of goodies you’ll only hear if you were at her set.

“The 27-year-old plays three unreleased tracks; one being ‘Top Steppa’, a refreshing number, and the chorus’ clanging cymbals and electric guitars go wild compared to lo-fi verses. Once released this will no doubt be a fan favourite.”

The post Listen to Greentea Peng’s spiritual new song ‘Look To Him’ appeared first on NME.