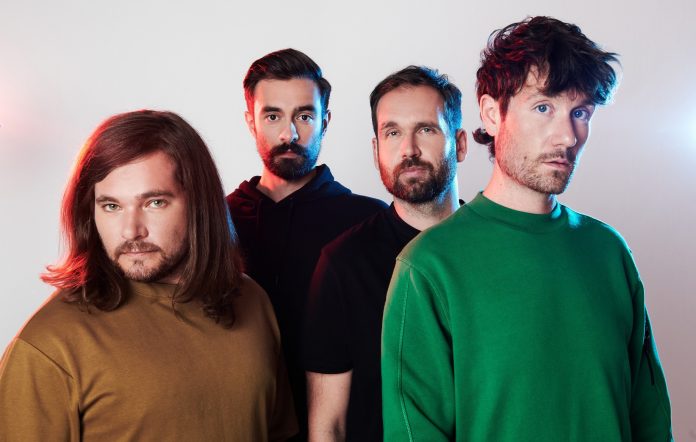 Bastille have shared a new single called ‘Shut Off The Lights’ – you can listen to it below.

READ MORE: Bastille on pushing the boundaries: “We’ve always done whatever the fuck we want”

The song is the latest preview of the group’s upcoming fourth album ‘Give Me The Future’, which arrives on February 4. It follows on from the previous singles ‘No Bad Days’, ‘Distorted Light Beam’, ‘Thelma + Louise’ and the record’s title track.

“Shut off the lights is about being pulled out of your future-fearing anxieties by the person you’re lying next to,” frontman Dan Smith explained in a statement.

“It’s about intimacy and physical connection, rejecting our worries about life and the future for a minute, and unplugging from it all to really be present. It’s a fun, real, human moment in the middle of this big album.”

He continued: “But also, it’s a song that nods back to Paul Simon’s ‘Graceland’ and a load of music we love. It made us want to dance around the studio and is ridiculously fun to play live.”

Bastille will showcase ‘Give Me The Future’ during a major UK arena tour in April – you can find the full schedule and ticket details here.

Dan Smith and co. are also due to play an intimate gig at London’s Earth Theatre on February 2. The special performance is being held as part of the BRITs Week 2022 concert series in aid of War Child.

Meanwhile, Smith has revealed that he is working on new projects in the “film and TV world”. It comes after the singer made his directorial debut with the sci-fi movie-inspired video for ‘No Bad Days’.