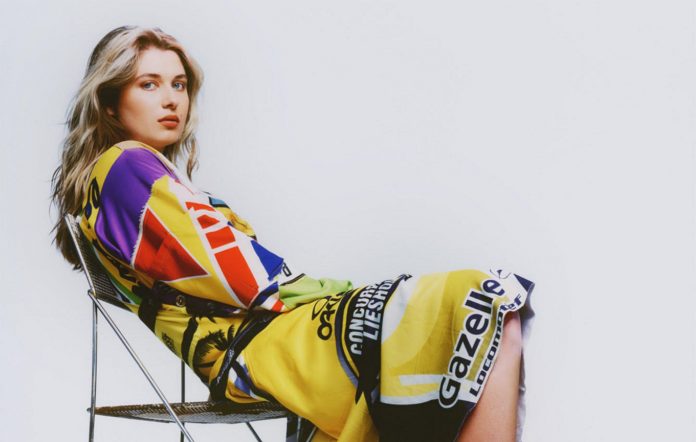 Baby Queen has released a new single, ‘Wannabe’, which she’s described as “the underdog’s anthem” – check it out below.

The track is the first new material from Baby Queen (real name Bella Latham) since she released her debut mixtape ‘The Yearbook’ in September 2020.

Speaking about ‘Wannabe’, Latham explained: “It’s a song I wrote about the way other people have perceived me throughout my life. I feel like I’ve always had something to prove to other people and I’ve always been trying to fit into an ideal of who I should be and how I should behave.”

“That changed when I became Baby Queen,” she continued. “I found a place I belonged and people who fully accepted me for who I am. By the standards of the people I grew up with, or used to try so hard to be friends with, I might be weird or crazy or ‘the girl who kisses other girls; or a total wannabe, but by the standards of my people, I am great just the way I am.”

She added: “The song is an invitation to accept yourself and embrace the labels that are given to you by small minded, boring people. If this is what it means to be a loser, then I hope I’ll be a loser for the rest of my life.”

Earlier this week, Latham played her first ever headline show at London’s Omera and has recently announced details of her debut UK headline tour, taking place in April 2022. Tickets are available here and here.

Baby Queen has also launched a podcast on BBC Sounds about video games.

Gameplay With Baby Queen features soundtracks from games, with the first volume available now. It features tracks from The Legend Of Zelda, Sable, and Red Dead Redemption 2.