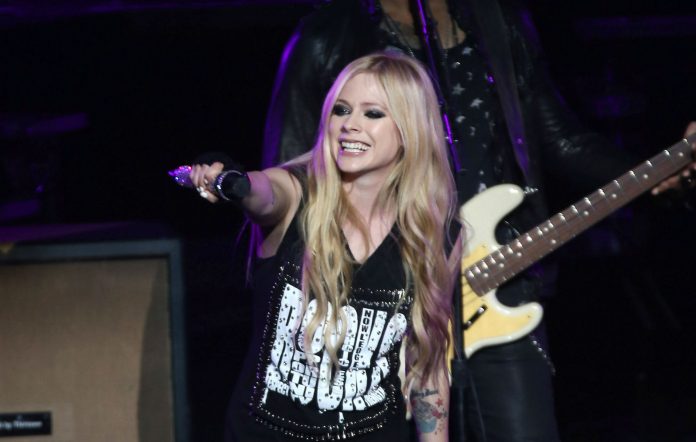 Avril Lavigne has released the second single from her upcoming album – check out pop-punk banger ‘Love It When You Hate Me’ below.

READ MORE: The 16 best pop-punk bands of all time

The track, lifted from Lavigne’s seventh album ‘Love Sux’, also features a guest spot from emo rapper Blackbear. It follows on from ‘Bite Me’, which was released last November.

Check out ‘Love It When You Hate Me’ below:

‘Love Sux’ is out February 25 via Travis Barker’s DTA Records, and is available to pre-save now. The follow-up to 2019’s ‘Head Above Water’ will also see features from Machine Gun Kelly and Blink-182‘s Mark Hoppus.

Speaking about the Green Day-inspired record, Lavigne said: “It’s fast. It’s fun. It’s just pure rock & roll from front to back. There’s a lot of reflecting upon different relationships that I have gone through and where I’m at, and even though there’s songs about past love experiences that didn’t work out, I’m in such a good place in my life that it’s still just fun and feisty and light. I’m kind of poking fun at myself that I’ve gone through a lot in love.”

“My message is know who you are and trust who you are,” she continued. “A lot of these songs are about having the strength to walk away if someone doesn’t see that. I wanted to make sure I wrote music that people could relate to. It’s about valuing yourself and knowing you’re enough. It’s really a love letter to women.”

During a recent NME Big Read, Willow, who collaborated with Lavigne and Barker on ‘Grow’ from her fourth album ‘Lately I Feel Everything’, called Avril “pop-punk royalty. The proficiency and efficiency that they both have with their art and the execution of their vision is extremely inspiring.”

Returning the compliment, Lavigne said: “It’s great to see somebody like her, another female, in this genre at the moment killing it.”

Lavigne had also praised Olivia Rodrigo for helping to revive “rock-and-roll in the charts”.

The post Listen to Avril Lavigne’s pop-punk anthem ‘Love It When You Hate Me’ appeared first on NME.