Listen to an orchestral reworking of ‘South Park’’s ‘Gay Fish’ 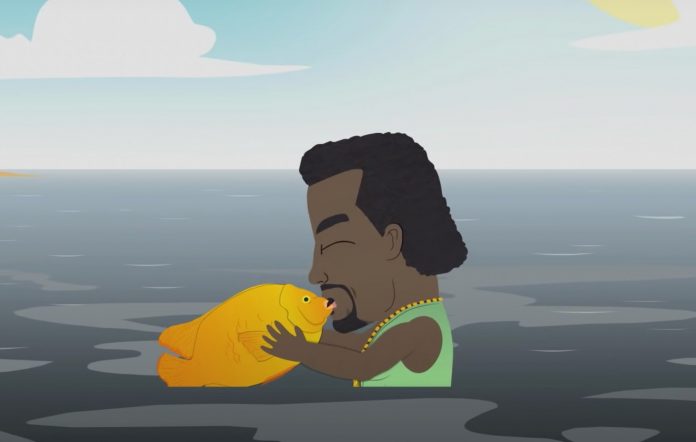 A 30-piece orchestra have performed ‘Gay Fish’ from South Park alongside the show’s iconic theme tune – check out the videos below.

READ MORE: Is ‘The Vaccination Special’ preparing us for the end of South Park?

‘Gay Fish’ was featured in the 2009 Season 13 episode Fishsticks, which sees a character named after Kanye West as the only person in the country failing to get a joke. However, he refuses to admit that because he believes himself to be a genius. The episode ends with West “embracing his true nature, and finding love underwater.”

Responding to the episode, West wrote: “It hurt my feelings but what can you expect from South Park. I actually have been working on my ego though.” The character appeared again in a 2013 episode, calling himself a “recovering gay fish” and in a 2017 trailer for the South Park video game The Fractured But Whole.

Listen to the orchestral reworking of ‘Gay Fish’ and the original below.

The orchestra have also reworked the theme tune to South Park, with Kenny’s usually muffled lines belted out in all their glory.

The long-running animated comedy from co-creators Matt Stone and Trey Parker will return with six episodes on February 2 with weekly episodes to follow.

Following two standalone specials in September 2020 and March 2021 (which served as season 24), this new run of episodes will be South Park’s first full season since 2019.

Last year, the animated show was renewed through to season 30 with 14 original films based on the series also ordered for production.

The first film, titled South Park: Post Covid, saw Cartman, Stan, Kyle and Kenny attempting to re-adjust back to normal society and was released November 2021. South Park: Post COVID: The Return Of COVID followed in December and was a direct continuation of the previous special which jumped 40 years into the future to depict adult versions of boys.

The post Listen to an orchestral reworking of ‘South Park’’s ‘Gay Fish’ appeared first on NME.