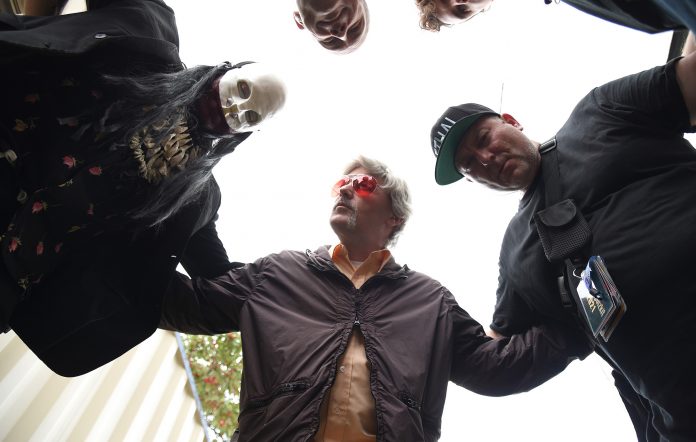 Limp Bizkit have announced that their new album is set to be released this weekend – get all the details below.

Taking to social media, the band revealed that the anticipated new record is called ‘Still Sucks’ and will release this Sunday (October 31) for Halloween.

It comes after the band teased the Halloween release date for the album earlier this week as well as previewed its artwork.

The rap-rock veterans released their comeback single ‘Dad Vibes’ last month after a year or so of teasing their return. The song marked their first new material since 2014’s ‘Endless Slaughter’, a track believed to be for their next album.

See the artwork for ‘Still Sucks’ below:

The band’s long-awaited follow-up to 2011’s ‘Gold Cobra’ has been known under the title of ‘Stampede Of The Disco Elephants’, but it’s not been revealed whether any music meant for that album will end up on ‘Still Sucks’.

In June, guitarist Wes Borland offered an update on the album, attributing many of the delays to Durst’s dissatisfaction with his vocals.

“We’ve probably, in the last 10 years, been in the studio to try and complete the record, I wanna say, seven times, to different studios,” he said on Drinks With Johnny, the podcast by Avenged Sevenfold‘s Johnny Christ.

Prior to the arrival of ‘Dad Vibes’ last month, Limp Bizkit updated fans on their next album, announcing that new songs would arrive “in rapid succession, very soon”.