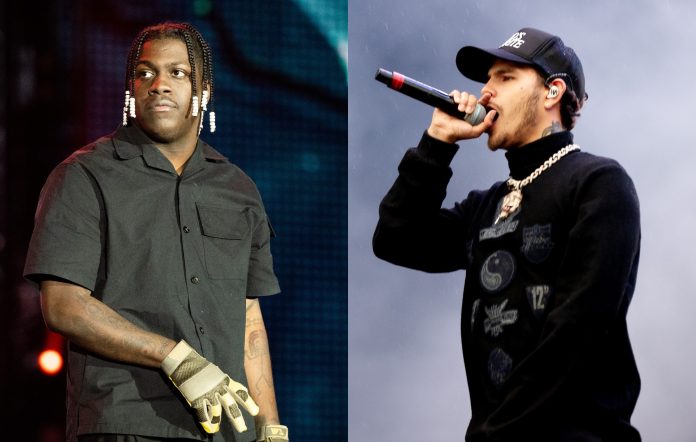 Slowthai played an intimate gig at New York’s Baby’s All Right on Thursday night (January 13), where he was joined onstage by Lil Yachty.

READ MORE: Slowthai at Reading Festival 2021: rap devil defies you to ‘cancel’ him

Tickets for the gig cost just $1 (73p), and Slowthai (real name Tyron Frampton) announced it on Wednesday (January 12) via social media. “My New York family, I’m coming to see you,” he wrote. “Spread the word but wear a mask”.

Slowthai opened the show at the 280-capacity venue with 2020’s ‘Enemy’ and his 2021 Skepta collab ‘Cancelled’, before running through a host of tracks from second album ‘Tyron’. Frampton also played ‘Doorman’ and ‘T N Biscuits’ his from debut album, ‘Nothing Great About Britain’, alongside his collaboration with Gorillaz, ‘Momentary Bliss’.

According to Brooklyn Vegan, Slowthai was joined onstage by Lil Yachty. The rapper never picked up a mic, though, offering moral support instead.

Check out footage and the setlist below:

A post shared by Not A Public Figure (@aptheangel)

Earlier this week, Lil Yachty teased an “alternative” album with “psychedelic” elements that won’t sound like his usual rap music.

Last year, Slowthai teamed up with James Blake for a new version of ‘Funeral’, taken from Blake’s ‘Friends That Break Your Heart’. They christened the release by performing the track live on The Tonight Show Starring Jimmy Fallon.

Fontaines D.C. have also said they’d collaborate with Slowthai “in a heartbeat. Absolutely. I’m up for whatever, to be honest. I’m there at the drop of a hat,” said frontman Grian Chatten.