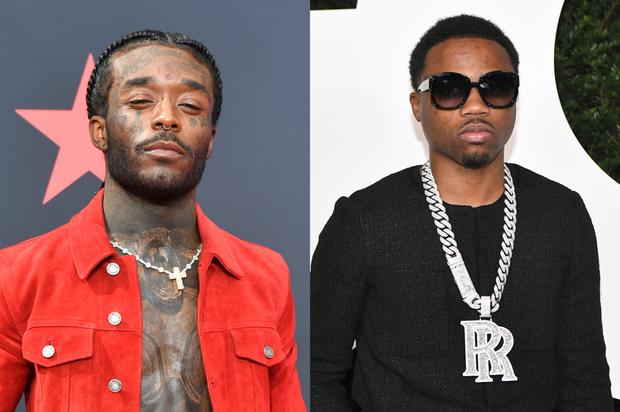 Lil Uzi Vert is undoubtedly a fashion icon in his own right. Though sometimes, his choices come across as questionable, Uzi continues to push the boundaries with his fashion every time he steps out. However, he also carries high standards when it comes to his drip, and hip-hop fashion as a whole.

Earlier today, DJ Khaled began teasing new music off of GOD DID including a song with Roddy Ricch, Lil Durk and 21 Savage. Though he didn’t preview the record, he did share a photo of himself alongside the three artists.

It seems that Roddy Ricch’s boots caught Uzi’s attention, though he was unaware that the shoes were worn by the Compton artist. Uzi tore them apart on his IG Story, writing, “Wtfffff,” along with several crying emojis.

“Big ass boots,” he wrote. “Who is this I only saw the boots I hope this just a normal person,” he continued.

At this point, there’s no word from Roddy Ricch on whether he caught wind of Lil Uzi Vert’s comments. Either way, we hope he doesn’t take the comments too personally.

Aside from criticizing people’s footwear, Lil Uzi Vert is ramping up for the release of Pink Tape. Earlier this year, he shared the Red + White EP to hold fans over until his full-length drops.