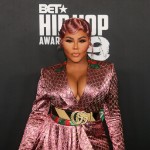 “I’m excited and honored to be doing all the seasons,” Lil’ Kim tells Billboard. “I’m a faithful watcher of American Gangster: Trap Queens.” And in her own words, to be a trap queen means to be “making money and successful.”

The hip-hop trailblazer also explains the importance of allowing the trap queens to share their stories. “It’s our time [as women],” Lil’ Kim says with a smile. “I’m from the hood, and I think people are surprised to find that there are so many women who are just like me.”

For Lil’ Kim, the story of Welch – who is often called the First Lady of the Black Mafia Family (BMF) – is particularly memorable. “[Her story] sticks out in my mind because she was down with the whole BMF movement,” she explains. “The life she was into is the life I was in before I even got into the [music] industry, so I understood her right away, and that was an instant bonding connection for me.”

Kim says she also connects with Welch because of the drug dealer’s roots in the notorious BMF – a drug trafficking and money laundering organization led by convicted Detroit brothers Demetrius “Big Meech” Flenory and Terry “Southwest T” Flenory. “We [artists] hung out with [BMF] and identify with them so well,” she says. “I was really good friends with Big Meech. He’s really a nice person and they did a lot of charity for the people. They were very much into [helping] the kids in the hood and always donating. In the industry, you have to be so many faces, and there’s different sides to everybody.”

Much like some of the women featured in the series, Kim was forced to power through a difficult childhood and many physically and mentally abusive relationships in her adult life. “I feel like all of these women have a piece of me, and I have a piece of them,” she says. “It’s just so relatable for me.”

In addition to narrating American Gangster: Trap Queens, Lil’ Kim stars in the upcoming film Miracle Across 125th Street – a move made possible thanks in part to her new manager, Nick Cannon. “Nick and I have been friends for almost 20 years, since we were like teenagers and every time I’ve asked him for anything, he’s been there,” she says. “And he asked me to do the movie soundtrack. It’s like the Friday [version] of a Christmas movie.”

As for sparking a professional relationship with her longtime friend Cannon, which was revealed last week, Kim says, “He is one of the best human beings that I’ve ever met in this world. He is a loving sweetheart, great friend and businessman, [a] business-minded individual.”