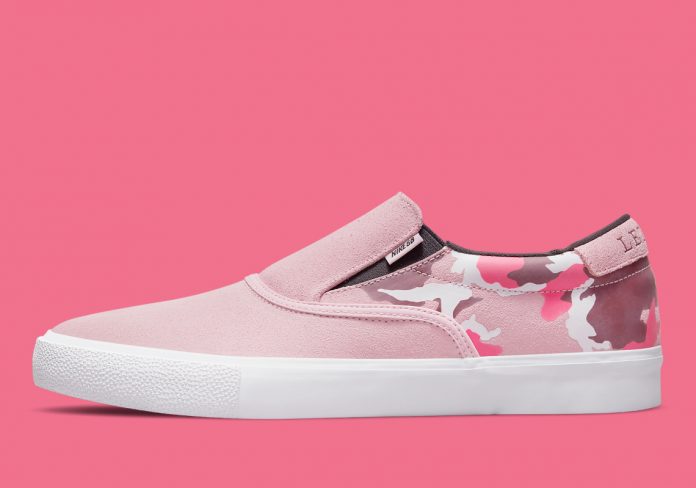 Brazilian Nike SB-sponsored skater, Leticia Bufoni, has been a force within the world of skateboarding since 2007. Recently, the Los Angeles-based rider will bring her bold style to a slip-on version of the Zoom Verona skate shoe.

Light pink covers most of the pair’s suede upper in a uniform makeup, while camouflage patterns in varying shades take over most of the heel area. Likely a nod to the skater’s frequent rose-colored hair, the aforementioned tones also appear on the sock-liner, which features Bufoni’s bandana-donning skull-and-crossbones logo. To ensure spectators know who inspired the latest SB proposition, the 28-year-old’s name is debossed between left and right shoes. Underfoot, the herringbone-patterned outsole also opts for “Prism Pink” and “Pinksicle” camo print.

Enjoy official images of the pair here below, and anticipate a Nike.com launch soon.

Elsewhere under the NIKE, Inc. umbrella, the “Cool Grey” 11 (Air Jordan colorway) returns for the whole family on December 11th.