HomeNewsLargest US radio network to only play re-recorded versions of Taylor Swift...
News 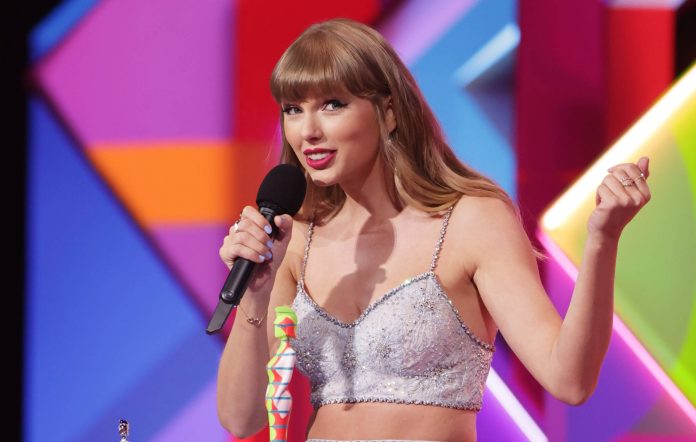 iHeartRadio – the largest radio network in the United States – have announced that they will only play re-recorded versions of Taylor Swift songs on their stations.

Swift is currently in the process of re-recording her first six albums in an attempt to regain control of her master recordings after masters of her early records were sold off several times without her permission.

In a new statement, iHeartMedia’s Chief Programming Officer Tom Poleman said that the station would only play the re-recorded versions of Taylor Swift songs moving forwards.

“Whenever Taylor re-records a new track, we immediately replace the old versions,” he said. “Our stations will always deliver songs that artists are eager to share and fans want to hear.

“Listeners have made it known that they cannot wait to hear Taylor’s Version of each track. We are thrilled to provide a platform to share those with them, as well as the stories behind the songs from Taylor herself.”

Last week, Taylor Swift made Spotify history with ‘Red (Taylor’s Version)’, racking up the biggest number of first day streams by a female artist in history.

Meanwhile, a former adviser to vice president Mike Pence has claimed that she was once warned about being fired for playing Taylor Swift‘s music in her White House office.

Olivia Troye, a homeland security, counterterrorism and coronavirus adviser, sat down with MSNBC‘s Chris Hayes to discuss her time working as an aide within the Trump administration.

Troye explained that after losing an argument about something she disagreed with relating to the pandemic, she played Swift’s music loudly in her office. Shortly after, she claimed a colleague knocked on the door and said: “Are you trying to get fired?”

The post Largest US radio network to only play re-recorded versions of Taylor Swift songs appeared first on NME.