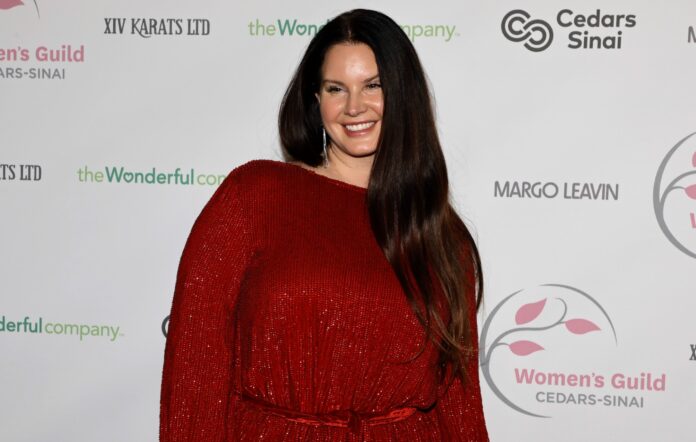 Lana Del Rey has teased that an album announcement could be coming next week.

READ MORE: The NME Big Read – Lana Del Rey: “I give myself permission to have a lot of colours”

In a snippet of an interview with HOLA TV that’s currently circulating online, the singer says: “I won’t tell you when it’s coming out, but I can tell you I’m making an announcement about it on the 7th, so what do we have, a week? Seven days? I’m very excited.”

Lana Del Rey confirms she will be announcing her next album on December 7th! pic.twitter.com/pxvgz9wvSH

In a four-star review of ‘Blue Bannister’s, NME described the singer’s eighth record as “one that subtly responds to her critics” in which her voice has “never sounded better”, also describing it as a “defiant and delicate return”.

Earlier this month, Del Rey alerted fans that her car was targeted by thieves for a second time this year, when her backpack full of tech containing several of her forthcoming projects was stolen.

In a message shared to followers of her private Instagram (but uploaded to YouTube by a fan), the artist explained that she had her car broken into when she’d “stepped away [from it] for a minute”, returning to see all of the windows broken and her backpack missing. “Inside of it was my computer and my three camcorders and my harddrives,” Del Rey said, noting that she was forced to remotely wipe her computer.