HomeMusicLady Gaga’s ‘Sweet Dreams’ Turn Into a Nightmare in New ‘House of...
Music 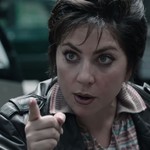 House of Gucci looks to be as luxurious as the fashion brand it’s about — from an all-star cast to its renowned director, and now the trailer soundtrack budget.

Prominently featuring Eurythmics’ “Sweet Dreams (Are Made of This),” which hit No. 1 on the Billboard Hot 100 in 1983, a new trailer for the film features more of a direct plot synopsis and many prominent lines from Lady Gaga’s Patrizia Reggiani character.

“I don’t consider myself a particularly ethical person, but I’m fair,” Gaga’s Reggiani says to open the trailer.

The trailer chronicles Reggiani’s initial meeting with the Gucci family and shots of her marriage to Adam Driver’s Maurizio Gucci character and their efforts to run the family-owned fashion brand. The second half sees a shift in tone as problems start to mount for the film’s main characters.

Alongside Gaga and Driver, Al Pacino, Thirty Seconds to Mars frontman Jared Leto, Salma Hayek, Jeremy Irons and more headline Ridley Scott’s latest directorial effort. The film is based on the true story of the family behind Gucci and the book of the same title from author Sara Gay Forden. It depicts the events and aftermath of Gucci’s murder from the perspective of Gaga’s character. The film is set to open for release on Thanksgiving (Nov. 24) with an option to stream it on Paramount+ following its theatrical release.

Patrizia Reggiani expressed approval of Gaga’s portrayal of her life during the film’s early stages but was later disappointed when Gaga never reached out to discuss the role. Producers later confirmed that they did not want Gaga to meet Reggiani out of fear that it would appear to endorse Reggiani’s involvement in her ex-husband’s death.

A name to die for. #HouseOfGucci only in theaters this Thanksgiving. (1/5) pic.twitter.com/vfvE41iBJH

Check out House of Gucci’s second trailer below.